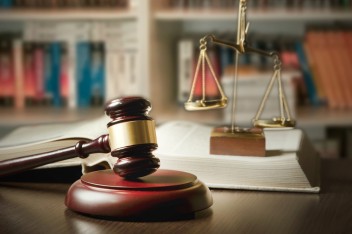 The 46-page order grants a temporary injunction prevented the Obama administration from ordering federal health officials to enforce rules (mostly social conservative) critics say could violate the religious rights of doctors and other caregivers.  Proponents of the law say it is intended to prohibit discrimination by hospitals and doctors against transgender patients.

The lawsuit was brought by Texas and four other states, as well the religious affiliated hospital network, the Franciscan Alliance (“Plaintiffs”).

According to the lawsuit, Plaintiffs argued that the Obama-backed federal regulations meant to protect transgendered patients would require “doctors or healthcare providers to perform (or refer patients for) transition-related procedures if the entity provides an analogous service in a different context . . . For example, the Rule’s preamble explains that ‘[a] provider specializing in gynecological services that previously declined to provide a medically necessary hysterectomy [removal of the uterus] for a transgender man would have to revise its policy to provide the procedure for transgender individuals in the same manner it provides the procedure for other individuals.’”

Additionally, Plaintiffs claim the new rules would require doctors “to perform and provide insurance coverage for gender transitions and abortions, regardless of their contrary religious beliefs or medical judgment” and possibly even be required to perform gender transition procedures on children.

In siding with the Plaintiffs and entering the preliminary injuction, Judge O’Conner found the Plaintiffs had a high likely of success on the merits in their case and stated the federal mandate violated the Administrative Procedures Act.  Additionally, the judge found the rules likely violated Plaintiffs the federal religious freedoms.

In his order, Judge O’Conner wrote he was granting the motion because:

[U]ltimately, the question before the Court is whether Defendants exceeded their authority under the ACA in the challenged regulations’ interpretation of sex discrimination and whether the regulation violates the Religious Freedom Restoration Act as applied to Private Plaintiffs. Before reaching this question however, the Court is obligated to determine whether it has authority to hear the matter. For the following reasons, the Court concludes that jurisdiction is proper, the regulation violates the Administrative Procedure Act (“APA”) by contradicting existing law and exceeding statutory authority, and the regulation likely violates the Religious Freedom Restoration Act (“RFRA”) as applied to Private Plaintiffs.

“Today’s decision is a setback, but hopefully a temporary one, since all Americans — regardless of their sex, gender identity or sexual orientation — should have access to quality, affordable health care free from discrimination,” a White House spokeswoman reportedly told the online news outlet.

Meanwhile, an HHS spokesperson said the agency was “disappointed by the court’s decision to preliminarily enjoin certain important protections against unlawful sex discrimination in our health care system.”

On the other side, Texas Attorney General Ken Paxton issued a statement obtained by LawNewz.com on Sunday that hailed the ruling, blocking rules set to take effect today, saying it would “force the Employees Retirement System of Texas to amend its insurance coverage for all 500,000 participants to provide for gender reassignment and abortion.”

Paxton added, “This striking example of federal overreach under Obamacare would force many doctors, hospitals and other health care providers in Texas to participate in sex-reassignment surgeries and treatments, even if it violates their best medical judgment or their religious beliefs. I will always fight to protect the constitutional rights of Texans.”

Judge O’Connor and the Obama administration have reportedly squared off in Court before, including earlier this year when he sided with mostly Republican led states in a challenge to the so-called Obama bathroom directive in public schools.  The issues at the heart of that lawsuit was a federal directive requiring schools to let transgender students use bathrooms consistent with their gender identity, as opposed to the bathroom of their assigned gender at birth.