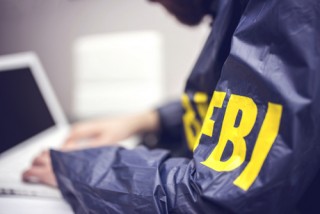 The FBI allows its agents to masquerade as journalists. They can do this as long as they get approval from higher-ups, according to a report published Thursday from the Office of the Inspector General.

Some explanation is necessary. In 2007, a 15-year-old student emailed bomb threats to his high school in Seattle, Washington. The report says he hid his location by using proxy servers, so the FBI decided to lure him out. An undercover agent, who was pretending to be an Associated Press editor, reached out to him ostensibly for an interview. The agent sent an email with links to a “fake news article” apparently from The Seattle Times. The suspect checked that out. This infected his computer with a program that revealed his location to investigators. All this was apparently done without much, if any, institutional oversight.

Back then, Wired.com was the first to report on the FBI’s tech methods, but didn’t find out about the impersonation tactics. That news didn’t break until 2014, when an analyst for the American Civil Liberties Union pointed it out on Twitter.

The AP and The Seattle Times were less than amused.

“Our reputation and our ability to do our job as a government watchdog are based on trust,” said Seattle Times Editor Kathy Best in 2014. “Nothing is more fundamental to that trust than our independence — from law enforcement, from government, from corporations and from all other special interests. The FBI’s actions, taken without our knowledge, traded on our reputation and put it at peril.”

The Office of Inspector General took a second look at the undercover operation. Their findings, according to Thursday’s report: The FBI did everything kosher.

“We concluded that FBI policies in 2007 did not expressly address the tactic of agents impersonating journalists,” they wrote. “We further found that the FBI’s undercover policies then in effect provided some guidance, but were less than clear. As a result, we believe that the judgments agents made about aspects of the planned undercover activity in 2007 did not violate the undercover policies in place at the time. We also determined that once the undercover plan was launched, certain investigative decisions were made that could have increased the level of approval required, a possibility the investigative team did not appear to fully consider.”

Since June 8, agents can only pose as journalists if they get approval from FBI headquarters and the head of their field office. It’s an “interim” policy, according to the report.

That’s a half-baked solution, says AP Vice President Paul Colford. In a statement released on Thursday, he said he was “deeply disappointed with the inspector general’s findings, which effectively condone the FBI’s impersonation of an AP journalist in 2007. Such action compromises the ability of a free press to gather the news safely and effectively and raises serious constitutional concerns.”

The Reporters Committee for Freedom of the Press also blasted Thursday’s report.

“The Reporters Committee for Freedom of the Press is deeply troubled by today’s disclosure in a report from the Justice Department’s Office of Inspector General that the FBI believes that there is a place in this country for federal agents to impersonate journalists,” wrote Chairman David Boardman in a statement obtained by LawNewz.com. “Such a policy can seriously damage both the public’s trust in its free press and the ability of journalists to hold government accountable. We urge the Justice Department to take seriously the need for reform and the importance of protecting the integrity of the newsgathering process.”

[image via debradacija and Shutterstock]
–