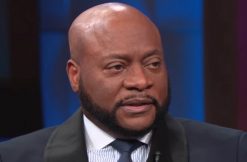 Famous pastor Bishop Eddie Long, 63, passed away from cancer on Sunday, according to his church. All said, reactions to his death have been thoroughly ambivalent because of a long-settled lawsuit from 2010. Plaintiffs said he tried to pressure them into sex when they were teenagers

Twitter flooded with responses on Sunday. Some people are supportive. Others are critical. New York Daily News columnist Shaun King went as far as to make this response.

My full thoughts on the life and death of Eddie Long. pic.twitter.com/Ic2T3AOvvF

“When a man uses his power, position, and influence to prey on young boys, molests them, pays them millions of dollars to keep quiet, and then refuses to be held accountable for it, when is a good time for us to say, ‘that’s wrong?'” King wrote.

In 2011, Long settled a lawsuit with four men who said he pressured them into sex when they were teenage congregants at his New Birth Missionary Baptist Church. They say he used his position as the head of a 25,000-person congregation to ply them with gifts. This allegedly involved sending a selfie of him in a tight shirt.

“I cannot get the sound of his voice out of my head,” Jamal Parris, one of the men, told Fox 5 in 2010. “And I cannot forget the smell of his cologne and I cannot forget the way he made me cry many nights when I drove in his cars on the way home. I’m not able to take enough showers to wipe the smell of him off my body.” He later addressed Long on camera, saying, “You are not a man. You are a monster.”

This case caught a lot of attention since the Bishop consistently opposed same-sex marriage.

Long and his attorney denied the lawsuit’s allegations. They say he was just trying to support these young men like a father would. Nothing sexual about it.

Long almost never talked about the case in public. One exception was a 2016 interview with comedian and host Steve Harvey. He referenced Kenny Roger “The Gambler” when explaining why he settled.

“The old gambling song: You’ve got to know when to hold it, know when to fold it, know when to walk away,” he said. “By then, after such attack of media, the stress of all of that and all of this, you gotta look at what’s happening to you? At that point, everyone who believed in you was still believing in you. At that point, who didn’t believe in me, wasn’t going to believe in me no matter what I did. You’ve got to figure: Am I going to win the battle or do I need to win the war? So I had to make a decision to save me, save my family and save the church. Because continuing on was just going to be beat, beat, beat and gives everybody more opportunity to beat up people.”

[Screengrab via The Steve Harvey Show]