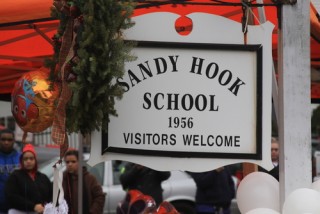 A case brought by families of victims of the Sandy Hook Elementary School shooting will go before a judge in Connecticut court on Monda. The judge will determine whether the case, which seeks to hold gun manufacturer Remington Arms liable for selling the weapon that Adam Lanza used in the attack, can go to trial.

The gun maker is reportedly expected to argue that they cannot be held accountable, because the manufacturer transfer and sale of the weapon, an AR-15 rifle, were done legally. The weapon is similar to the one used by the shooter who killed 49 people at the Pulse nightclub in Orlando last weekend.

Josh Koskoff, an attorney for the families, said, “This is about whether or not it is reasonable to continue to arm citizens with military-grade assault firearms,” the Danbury News Times reported. “What this lawsuit does in part is put the gun industry on notice that when these horrific events occur, it is no longer good enough to say that they were unpreventable or unforeseen, or that the industry that makes these weapons has no role to play because it is an issue of mental health or terrorism.”

Two other lawsuits have been brought by the families of victims of the December 2012 attack, where Lanza killed 20 first-graders and six school faculty members. One case is still ongoing, while the other settled.

Editor’s Note: We mistakenly said this case was going on in federal court. The hearing is being held in a Connecticut state court.