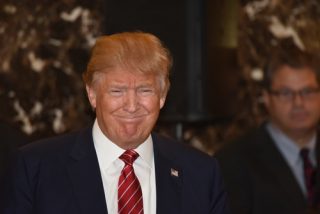 Donald Trump has an interesting relationship with Russia, to say the least. He’s praised Vladimir Putin. His former campaign chairman, Paul Manafort, had business dealings with pro-Russia leaders in Ukraine. U.S. intelligence officials are investigating whether one of Trump’s foreign policy advisers met with senior Russia officials to discuss lifting economic sanctions in the event of a Trump presidency.

Here’s another tie: Simon Grigorievich Kukes, former chief executive of a now-defunct Russian state-owned oil company, who contributed more than $150,000 to Trump’s campaign and joint fundraising committee, Trump Victory. This is the first election cycle he has contributed, according to FEC documents. Kukes gave $2,700 directly to Trump’s campaign in March, and then a total of $149,000 to Trump Victory in June and July; another $2,700 of that went to Trump directly, while the remainder was divided between the Republican National Committee’s main account, its convention account and its headquarters account.

Kukes headed Yukos Corp. for a year starting in June 2003, replacing Putin foe Mikhail Khodorkovsky, the wealthiest man in Russia at the time. In what was widely seen as a political prosecution, Khodorkovsky was charged with fraud and sent to prison for 10 years. An international court ruled in 2014 that Putin’s government would have to pay $50 billion for using tax claims to take control of and bankrupt Yukos. The court said the government was trying to silence Khodorkovsky, who was using his riches to fund opposition parties to Putin. 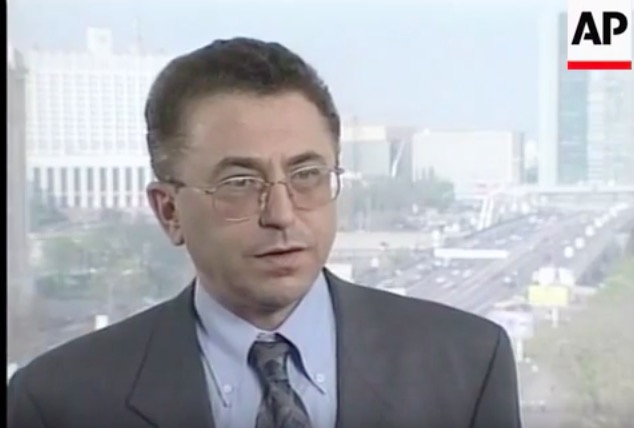 Born in the then-U.S.S.R., Kukes immigrated to the U.S. in his twenties and became an American citizen, but has gone back and forth between Russia and the U.S. since then. Kukes served as president and CEO of Russia’s Tyumen Oil Company from 1998 to 2003. Kukes is a former partner at Hess Corporation, a New York-based oil and gas company. He was previously general director of ZAO Samara-Nafta, a Russia-based oil producing company and subsidiary of Lukoil, one of Russia’s largest oil companies.

Although he listed his occupation as “retired” in FEC documents, Kukes appears to be busy: He’s CEO of NAFTA Consulting, a firm that advises American and Russian oil and gas companies on how to do business together. And he’s also on the board of Leverate, an on-demand software company for foreign exchange brokers.

Kukes has another link with Trump: He bought a five-room condominium at Trump Parc in Midtown West for $1.7 million in 2000, according to the Observer, (which is published by Jared Kushner, Trump’s son-in-law.)

Trump isn’t the only beneficiary of Kukes’ funds: He also contributed the max to Elizabeth Cheney’s campaign for Wyoming’s congressional seat in June. Cheney is the daughter of former vice president Dick Cheney.

Neither Kukes nor the Trump campaign had responded to requests for comment at the time of publication.

This post was written by our partners at OpenSecrets.org, and provided to LawNewz.com.

Correction: We made a small change in the fourth paragraph of the story to reflect the fact that Kukes is a former — not current — partner at Hess Oil.

[Images via Shutterstock and screen grab via AP]