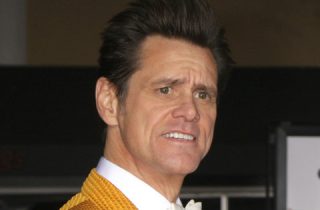 In September 2015, Cathriona White died of a drug overdose after leaving a suicide note. Roughly a year later, White’s husband Mark Burton sued Jim Carrey, who was romantically involved with White before her death, blaming him for providing White with drugs, alleging that Carrey illegally acquired them under a fake name. That lawsuit claimed that Carrey gave her the drugs even though he knew she suffered from depression and had previously tried to kill herself.

On Tuesday, White’s mother, Brigid Sweetman, filed her own complaint against Carrey, accusing him of wrongful death and violating the Drug Dealer Liability Act. According to a court documents obtained by LawNewz.com, Sweetman claims that Carrey abused her daughter, gave her STDs and lied about it, shamed her, and “used high-priced Hollywood lawyers and ‘fixers’ to intimidate and threaten her in an effort to silence her.” She, like Burton, says that Carrey used the pseudonym “Arthur King” when getting the drugs.

The lawsuit alleges that contracting STDs led to White’s death, and that Carrey hid a positive STD test from 2013 that he took under the name “Jose Lopez.” Sweetman alleges that Carrey gave her daughter Herpes I, Herpres II, and Chlamydia. She claims that when her daughter confronted Carrey about it, “he manipulated her, shamed her, exploited her, threatened her and used his handlers and attorneys to silence her.” Attached to the complaint were images of text messages purportedly between Carrey and White, where White mentioned that she had symptoms of an STD, but Carrey suggested they were just abrasions. He eventually broke up with White, the complaint says, telling her that she was “too much drama.”

Several months later, on September 21, 2015, the complaint states Carrey gave White drugs. On September 25, she overdosed. The complaint claims that Carrey had surveillance cameras that monitored White’s home, and that his assistant viewed footage that showed that White had not left the house since September 24. Nevertheless, the lawsuit says, Carrey didn’t notify authorities that something might be wrong.

Carrey’s attorney, Marty Singer, told TMZ that the lawsuit was “a money-grab scheme” and that she’s directing her grief over White’s death towards Carrey.

In a statement obtained by LawNewz.com, Sweetman said:

Jim Carrey should be ashamed of what he did to my daughter … As a family, we want the world to know the truth about who Jim Carrey really is – a man that will give your daughter three STDs, lie about it, call her terrible names and demean her, use his high priced lawyers to try and shut her and her family up, and then give her illegal drugs.

Sweetman’s attorney, Michael Avenatti, said in a statement to LawNewz.com:

The lies from Jim Carrey and his handlers need to stop.  Instead of attacking a grieving family in an effort to avoid responsibility, why don’t they just try telling the truth about how Carrey gave Cat the STDs and then gave her the illegal drugs?  Unlike Hollywood handlers, lab results do not lie.