Even if FISA Warrant is Based on Politically Biased Source, It Probably Won’t Amount to Anything Legally 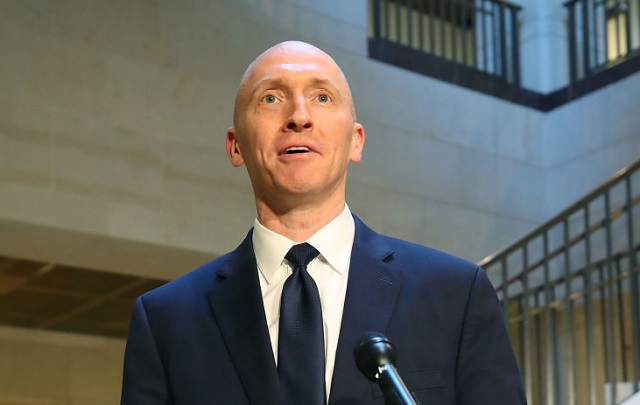 We’re getting ever closer to the pending release of the GOP’s memo regarding supposedly improper FBI tactics regarding surveillance and FISA warrants. It’s still unknown exactly what’s in the memo, although there was a report that at least part of it deals with a FISA warrant used in order to carry out surveillance of former Trump campaign adviser Carter Page. Republicans are reportedly asserting that federal agents misled the intelligence court in their warrant application by failing to disclose that they were basing it on a dossier that was funded by Democrats.

There’s a lot can be said about the dossier, but the fact that it was funded by Democrats is probably the least relevant, at least legally. As USC Law Professor Orin Kerr wrote for Lawfare Blog, biased informants are usually not enough to invalidate information used for a warrant.

Kerr acknowledged that a search warrant can be contested by challenging the underlying statement of probable cause. When those challenges are based on omission of information that could show an informant’s bias, however, they’re usually not successful. For example, he cites  United States v. Strifler, a case where an informant was really a couple who was feuding with defendants who they said were making meth in their house. The couple was also facing criminal allegations and cut a deal with prosecutors in exchange for their information. Even in that case, a judge ruled that this bias didn’t disqualify them as the basis for a search warrant application.

The judge in that case said, “The magistrate would naturally have assumed that the informant was not a disinterested citizen.” Basically, it’s obvious that some informants would have a reason for cooperating with law enforcement, that doesn’t mean they’re lying.

In the case of the dossier, Christopher Steele, who compiled it for Fusion GPS, didn’t have a personal stake in the Trump campaign’s ties to Russia, other than that he was paid to dig up dirt. He was a hired gun who was doing his job. If Republicans are only upset that the FBI didn’t mention the DNC’s role in funding Steele’s work, which may have resulted in the warrant against Page, they probably won’t get very far.

Alternatively, the accuracy of the Steele dossier could give them a stronger case. The Justice Department has refused to officially say whether they have confirmed the veracity of the dossier. That doesn’t look good for the FBI, if they relied on it in their warrant application, while knowing it may not be reliable. Still, even if the dossier is bogus and the FBI used it for the warrant, they could still be in the clear if the dossier only provided supplemental information, with their probable cause, which is needed to obtain a warrant, mainly stemming from other, verified sources.