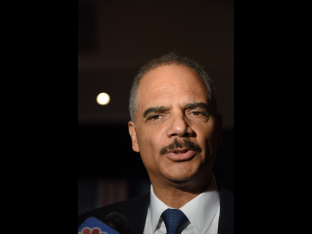 Former United States Attorney General Eric Holder appeared on David Axelrod’s podcast where he made some very surprising comments about fugitive leaker Edward Snowden.  Make no mistake, the  former AG is adamant that Snowden broke the law and damaged the intelligence community.  At the same time, however, Holder seems to be softening his stance a bit and credits Snowden with raising awareness to jumpstarting the privacy debate.

“We can certainly argue about the way in which Snowden did what he did, but I think that he actually performed a public service by raising the debate that we engaged in and by the changes that we made,” Holder said on The Axe Files podcast, according to CNN.

Holder said there is no question in his mind that Snowden “harmed American interests” and that it “was inappropriate and illegal.”

I know there are ways in which certain of our agents were put at risk, relationships with other countries were harmed, our ability to keep the American people safe was compromised. There were all kinds of re-dos that had to be put in place as a result of what he did, and while those things were being done we were blind in certain really critical areas. So what he did was not without consequence.

Holder also stated unequivocally that Snowden must return from Russia to face the consequences of his actions.  However, once Snowden returns to the U.S. — presumably as a show that he is ready to face to the music for his crimes — Holder seemed to indicate that he felt it would be appropriate for a judge to a take into account Snowden’s contributions to the privacy debate when determining punishment.

“I think in deciding what an appropriate sentence should be, I think a judge could take into account the usefulness of having had that national debate,” Holder said.

Glenn Greenwald, a journalist who played a central role in breaking the Snowden story, sent this Tweet upon reading Holder’s remarks at CNN.

People so often become honest and candid only once they leave government https://t.co/OY8NwXLFFa pic.twitter.com/4o58yrtTB2

LISTEN to the ENTIRE PODCAST HERE: