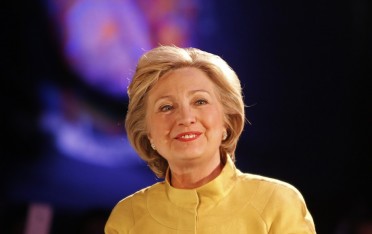 The fourth round of emails from Clinton campaign chairman John Podesta were released on Wednesday morning by Wikileaks.  The new emails shed more light on the apparent cozy relationship between the Clinton campaign and the State Department and provide the strongest evidence to date of direct coordination in the release of Hillary Clinton’s emails.

On Tuesday LawNewz.com wrote about a March 2015 email that showed that a Clinton top aide and lawyer named Heather Samuelson received a heads up about a pending release of emails in a Freedom of Information Act (FOIA) lawsuit filed by Judicial Watch.  Samuelson left the State Department in 2013 along with Clinton and her other top aides, so some questioned how she managed to get ahold of the information about the release before Judicial Watch, or the general public.

However, the latest Wikileaks release from Wednesday morning possibly provides some additional answers about how Samuelson received her information about pending email releases.

An email dated April 9, 2015 from Clinton campaign Deputy Communications Director Kristina Schake mentions having received a tip that the State Department was preparing to release Clinton’s Benghazi emails in the coming days.

Four days later, on April 13, 2015, Samuelson responds in an email to top Clinton campaign staffers, including Schake, Robby Mook, Jennifer Palmieri, Cheryl Mills, John Podesta, and Nick Merrill.  Her response appears to indicate that she was receiving the information about the pending email release directly from the State Department, not through the Clinton Foundation.

“Quick update on this — DOS says the release of the 300 will likely happen on Thurs or Friday. Will keep you posted as I hear anything further on my end. Thx,” Samuelson wrote.

Samuelson then sent another email update to the campaign team two days later.

She wrote, “Latest: Still aiming for Friday, but potential it gets delayed until early next week because still moving through interagency review process. Will check back tomorrow and keep you posted.”

LawNewz.com reached out to the State Department to ask about the latest email and we will update the story when we receive a reply.