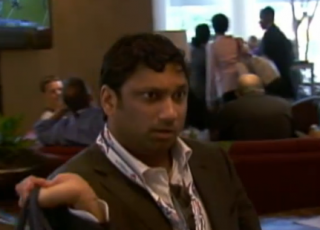 When presumptive Democratic Presidential nominee Hillary Clinton was Secretary of State, a committee dealing with nuclear arms issues was staffed by many experts in the field, and one securities trader from Chicago with no known intelligence background. State Department emails, released as a result of a Freedom of Information Act lawsuit brought by Citizens United, revealed some details behind how this may have happened, ABC News reported.

Rajiv K. Fernando had given substantial contributions and raised money for Clinton’s 2008 Presidential campaign. He also gave up to $250,000 to the Clinton Foundation before his appointment to the State Department board. In 2011, ABC News asked the Department how Fernando was selected for the board, and some of the released emails showed how Department officials reacted to the question.

Press aide Jamie Mannina contacted State Department officials about how they should respond to the question, acknowledging how “it’s natural to ask how he got onto the board compared to the rest of the esteemed list of members.” Mannina advised that they “must protect the Secretary’s and Under Secretary’s name, as well as the integrity of the Board,” saying “it appears there is much more to this story that we’re unaware of.” Another email said that Clinton’s Chief of Staff Cheryl Mills added Fernando to the list of board candidates. A representative from the Department told ABC that it is common for the Chief of Staff to play a role in board selections.

An email sent the next day showed that Mills asked Mannina to “stall for 24 hours” before responding to ABC. The next day, Fernando resigned from the board.

The board position gave Fernando a high level of top secret clearance, even though, as a board member told ABC, “We had no idea who he was.”

ABC tried to get information from Fernando himself, but didn’t have much luck. In 2011, he ignored their questions about his qualifications and appointment to the board. They found him at the 2012 Democratic National Convention and asked him how he was appointed to the board position. Fernando asked how the reporter knew his name, and security threatened to have him arrested.

Fernando has since continued to contribute to Clinton’s current presidential campaign and the Clinton Foundation. He will also be a superdelegate at the Democratic National Convention.