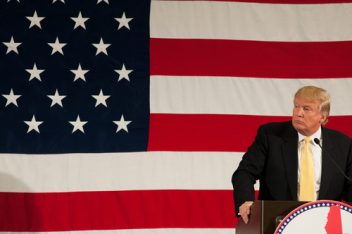 A Texas elector just publicly stated in The New York Times his intention to vote against the party nominee of the party that elected him to the electoral college. The same Texas elector also appears to be soliciting others to do the same. What he may not know is that he is placing himself at risk of a Texas district attorney thinking his act a crime, should a “faithless elector” follow through with it. And ask Tom Delay if Texas district attorneys have any hindrance using criminal prosecutions of political officials. There is a remedy, though. Texas law allows the electors to declare an intended faithless elector ineligible and replace him at the elector meeting in Texas. This will help the voters and the faithless elector by preventing him from being accused of a crime, like election fraud or perjury.

Now, you might have heard in the media that “faithless” electors are common-place and this was the “intended” act of the founders. Both history and the law prove that media story to be #fakenews. Per electors, that is actually quite rare, despite the media narrative. The reason is two-fold: election law from a 1952 Supreme Court decision (the Ray decision) made clear the state can give state parties control over electors, and many state parties require electors sign affidavits to vote for the nominee, making any other vote an act of potential election fraud and alleged perjury under a state’s criminal laws. That is why the number of actual faithless electors who voted against the election winner since the civil rights era is so low:

1968: 1 (1 Nixon elector voted for Wallace; said would have voted for Nixon if impacted actual outcome)

As for Texas, the law authorizes state parties to impose affidavit obligations on electors, by requiring the elector “must be nominated as a political party’s elector candidate in accordance with party rules.” Texas Statutes 192.003. Consistent with that empowering statute, Texas Republicans require elector candidates sign an affidavit under penalty of perjury to support the nominee of the party and the will of the voters. The Supreme Court upheld this party right in more than a half-century of undisturbed precedent. This is why an earlier would-be faithless Texas elector properly resigned rather than try to commit perjury at the elector convention. The same happened of an otherwise intended faithless elector in Georgia. Resignation, not abnegation, is the appropriate action. Equally important, as Trump key allies may already know, Section 192.007 of the Texas statutes authorize electors “may appoint a replacement elector by a majority vote of the qualified electors present” whenever any elector is “declared ineligible.” Texas law authorizes the parties to determine when an elector is ineligible.

So the sage Texas GOP should help Christoper Suprun out, declare him ineligible, and let the faithful, honest, law-abiding electors properly replace him, as both history and law provide for, and help a faithless elector remain faithful to his oath, and away from the prosecutorial arm of the state.