Dylann Roof Says The Shootings Were A Year Ago And Family Members Should Get Over It | Law News
$promoSlice() doesn't exist! 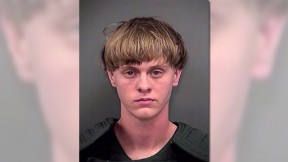 Roof’s lawyers wanted to show the videos during his death penalty trial for killing nine worshippers in a racist attack at Emanuel AME Church in June 2015 in Charleston.

But Roof was so adamant about violating his privacy that he fired his lawyers so they couldn’t present the evidence to try to save his life.

Court records describe some of the videos. In one, Roof asks his sister if the baby she just had is transgender. In another, Roof says the shootings were a year ago and any family members still upset should get over it.

A judge will allow viewings of the videos Tuesday. They won’t be released to the public.