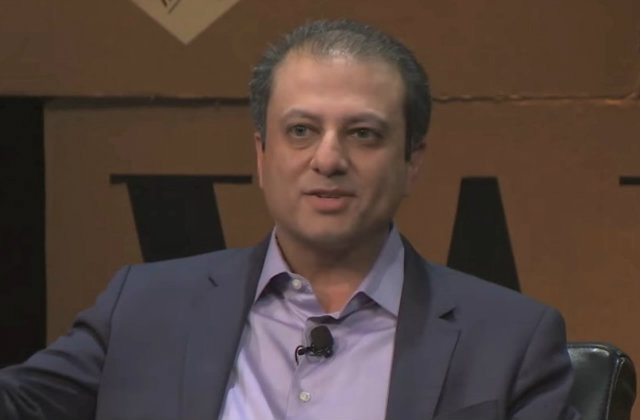 The younger Trump posted a tweet last week over the holiday, using patriotism related to Independence Day to knock those on the left.

He was implying, of course, that those with leftist ideals don’t value American principles, so naturally they couldn’t appreciate the Fourth of July. Well, Bharara threw it right back at him, albeit a week later.

This was a clear reference to the report that Trump Jr. had met with a Russian attorney during the campaign, supposedly in an effort to get dirt on Hillary Clinton. Now, Bharara seemed to say, those same leftists whom Trump derided are now taking joy in him getting caught.

This isn’t the first time Bharara’s trolled the Trumps. Just Sunday, after President Trump tweeted about how Vladimir Putin “vehemently denied” having anything to do with interference in the election, Bharara turned the sarcasm up to 11.

When pursuing a corrupt politician, mobster or murderer on strong FBI evidence, if he “vehemently denied it,” we just dropped it usually. https://t.co/d4HqyHQexB