Don’t Be Fooled, No One Knows What’s Going On With Clinton FBI Investigation 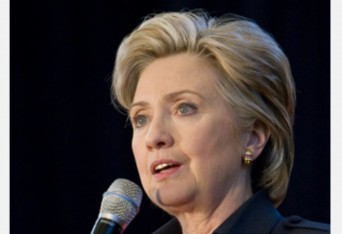 FBI Director James Comey has made it no secret that he is keeping a close watch over the Bureau’s investigation into Hillary Clinton’s use of a private e-mail server while serving as Secretary of State.  He has also stressed that he wanted the Clinton matter treated the same way as all other cases. The last time Comey spoke publicly on the matter was at a congressional hearing in February, where he said:

“What I can assure you is that I am very close personally to that investigation to ensure that we have the resources we need, including people and technology, and that it’s done the way the FBI tries to do all of it’s work: independently, competently and promptly. That’s our goal, and I’m confident that it’s being done that way, but I can’t give you any more details beyond that.”

What’s clear from Comey’s remarks is that he wants any information gleaned from the investigation to be kept tightly to the vest and he will not tolerate leaks.  In fact, according two sources quoted in a new report today in Time Magazine, Agents working on the case have been told they might be polygraphed to ensure there are no leaks.

Thus far, Comey’s plan of preventing leaks seems to be working. Here we are and it is almost April and there hasn’t been a substantive leak out the FBI about this investigation to date.  Given the potential target (Hillary Clinton) and the possible implications that may result from this investigation in an election year, the lack of substantial leaks is fairly remarkable.

So, what do we know about the FBI investigation aspect of the Clinton private e-mail server matter?

Well, that kind of depends on where you look.

Different media outlets have come out with “scoops” claiming to know details of the investigation, but a closer examination reveals the details are often sketchy, and the information is frequently retracted, or contradicted.

For example, lets consider the various reports over the past few months about the number of FBI Agents assigned to work on the Clinton e-mail investigation. Back in January, Fox News reported that approximately 100 Agents had been assigned to the case full-time, with as many as 50 more being called in to help on temporary duty assignment.  Fox was also first to report that that the scope of the investigation had widened to include possible “pay for play” public corruption between the State Department and the Clinton Foundation.

Not long thereafter, the Washington Examiner released a similar report, quoting former U.S. Attorney Joseph DiGenova who said, “There are now, I am told, 150 agents working on this case.”  At the time, DiGenova described it as “a very unusually high number” of investigators to be working on one case, but he also noted that the number could be accounted for due to the investigation expanding to look into public corruption allegations.

Then, this past weekend in a widely read piece in the Washington Post that provided a great deal of insight into the origins of the Clinton private e-mail server, it was alleged that 147 FBI Agents had been assigned to the investigation.  However, the next day, the newspaper printed a correction, saying that actual number of agents working the investigation was less than 50.

The Washington Post’s decision to print a correction seemingly gave license to other news outlets to go back to their “sources close to the investigation” to get their own scoop on the actual number.

First out of the gate was Ari Melber at NBC News.  On Wednesday, Melber filed a report citing an anonymous “former federal law enforcement official with direct knowledge of the Clinton investigation” who said, “There are currently about 12 FBI Agents working full-time on the case.”  The article also quoted a second anonymous former FBI official who said it takes an act of terrorism to get 50 agents assigned to a single case.

Then came Al-Jazeera America on Wednesday night where David Schuster reported that his sources confirmed that there were approximately 50 FBI Agents assigned to the Clinton E-Mail Investigation.  Schuster dropped an additional bombshell in this same report that will be addressed later.

Finally, on Thursday morning, in the same article that was already mentioned above, Time Magazine weighed in with its own reporting on the number of FBI Agents working the Clinton e-mail server investigation.  According to Time, the Bureau assigned approximately 20-30 agents, tech specialists and analysts to the investigation.

In addition to wide-ranging reports about the number of FBI Agents working the case, there is almost as much wide-ranging speculation about who will be interviewed by the FBI and when.  The same is true with respect to speculation of when the FBI will finally wrap up its investigation.

The David Schuster report, previously mentioned above, is the perfect example of all of this speculation rolled into one report.  The headline coming away from Shuster’s report was that Hillary might be interviewed by the FBI in as soon as a few days.  However, if you listen to the report, Schuster actual says the interviews could happen within the next few days … or weeks.  If it happens in a few weeks, then what he said last night is not any different from what most other news outlets have already been speculating for weeks — that the investigation would likely be completed by the end of May.  Furthermore, he named only  three potential Clinton aides who are to be interviewed by the FBI, whereas other reports have named four to five aides.

The bottom line is this: Somehow, Comey has done an incredible job of keeping the whole thing under wraps, especially under the current circumstances.  Almost everything we’ve read about this case related to the FBI investigation portion (as opposed to the State Department e-mail releases and FOIA lawsuits) is almost all speculation.  As a journalist and naturally curious person, it is incredibly frustrating.  However, from a legal perspective, it is rather refreshing.  Most of all, it gives even more support to the idea that Comey is the right man for this difficult job.