Does The NFL Have a Defamation Case Against NY Times Over Concussion Story? 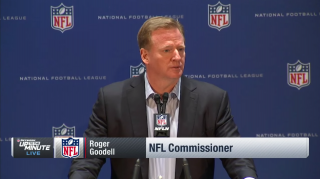 The New York Times definitely does not shy away from telling hard-hitting, impactful stories.  One such story came out last Thursday, when a team of journalists published a piece on how the National Football League’s concussion research was flawed and contained faulty data.  The NFL has responded to the falsity of this report and if this case has standing, we could see the iconic newspaper on the hook for a libel claim.

According to Thursday’s NY Times report, there were more than 100 diagnosed concussions omitted from the NFL’s concussion research.  This negligent oversight, failure to disclose data, and lack of care the league owed players after they suffered concussions led the Times to conclude that the NFL is pulling a page out of the playbook of big tobacco companies.  It comes as no surprised that this NY Times article was authored by the great Alan Schwarz, who was one of the first whistleblower journalists to unravel the concussion crisis in the NFL and the league’s staunch denial of the situation.

Subsequently after this story broke, the NFL responded to the NY Times story, alleging that the story’s facts, or lack thereof, in no way implicated that the league concealed data during its concussion research.  But the fight didn’t end there.  On Monday, the NFL responded and got its attorney involved. Paul Weiss’s Brad Karp wrote a 6-page letter to the NY Times in which he argued that the article contained no meaningful link between the NFL’s business practices and the practices of big tobacco companies and that no evidence was shown to suggest that the NFL left out concussion research data.  Karp alleges in his letter that the NY Times still published this story when the newspaper was “fully aware of the falsity of the underlying facts” and “recklessly disregarded the truth.” In fact, Karp, on behalf of the NFL, requested the NY Times to retract their story. As of today, the NY Times has not responded to the NFL’s demand to retract the story. It’s very likely that the NY Times’ legal team will work behind-the-scenes in a back-and-forth fashion with the NFL about this demand.

While this is still a very premature matter, it makes you wonder if we have a defamation case in the making.  If this case has any merit, I think the NFL might not be bluffing and could try to bring a defamation suit against the NY Times.  Of course, that doesn’t guarantee they’d win. In fact, I think it would be a pretty hard case to prove.

Defamation usually comes in two forms: libel and slander.  Libel is a written false statement that is damaging to the person’s reputation.  Slander is an oral false statement that is also damaging to the person’s reputation.  If the NFL brings a defamation suit against the NY Times, the league has the burden of satisfying two prongs.  First, the league must prove that it is a public figure. Second, the league must prove that is suffered actual malice.  The iconic NY Times v. Sullivan case, which went before the Supreme Court of the United States, created this latter standard and has been singlehandedly the most important and hardest prong to satisfy in a defamation case.  For actual malice to be satisfied, the plaintiff (in this case, the NFL) must show that the report is false and that the defendant (the NY Times) acted with reckless disregard for the truth or falsity of the claim.  However, the defendant’s defense in all defamation cases is the truth.  A defendant can immediately quash a plaintiff’s case of defamation if the defendant can show proof that the report was the truth all along.

It doesn’t seem like the NFL will have a hard time proving its public figure status, as the league nets billions of dollars in revenue annually.  I think the league will have a hard time satisfying the actual malice prong.  The crux of this case will hinge on whether the NY Times knew that its report on the NFL concussion research was false and still published the story anyway.  This may require the NY Times providing proof of research that it performed in conjunction with the drafting of this story.  However, the NY Times can raise a truth defense if it can successfully show that their data and research is 100% factual and that they went through every measure to accurately and ethically report this story.

The back-and-forth between the NFL and the NY Times is a great indication of how defensive the NFL has been about the concussion saga in the league.  The hope is that this situation can be resolved in a swift and prompt manner.  Otherwise, if this goes to court, we may have a new landmark case on our hands.