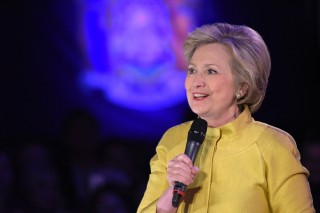 A high profile law firm is now caught up in the DNC WikiLeaks mess. A group of Bernie Sanders supporters filed a class action lawsuit against the Democratic National Committee, and the now-former chairwoman, Debbie Wasserman-Shultz. In a letter sent Monday, they are demanding that attorneys from Perkins Coie LLP be removed from the case due to a conflict of interest.  New emails discovered through the WikiLeaks dump show that attorneys from the law firm have given strategy advice to hurt Sanders, well before he dropped out. To add fuel to their claim, they’ve now discovered that attorneys from Perkins Coie are representing both the Democratic National Committee and Clinton’s campaign.

The lawsuit, which was actually filed before the leaks, claims that the DNC “actively concealed its bias” from its donors and supporters backing Bernie Sanders. The plaintiffs say the recent emails only give them more evidence that the Democratic National Committee was on board with Hillary Clinton from the start.

Internal emails discovered through WikiLeaks show that Perkins Coie attorneys advised the DNC on how to fight allegations from Bernie Sanders. This spring, the Sanders campaign accused Hillary Clinton of ‘laundering’ money through the Clinton Victory Fund. Marc Elias, who serves as the Clinton campaign’s general counsel and also a partner at Perkins Coie, fired off an email to DNC staff stating:

My suggestion is that the DNC put out a statement saying that the accusations the Sanders campaign are not true. The fact that CNN notes that you aren’t getting between the two campaigns is the problem. Here, Sanders is attacking the DNC and its current practice, its past practice with the POTUS and with Sec Kerry. Just as the RNC pushes back directly on Trump over “rigged system”, the DNC should push back DIRECTLY at Sanders and say that what he is saying is false and harmful the Democratic party. [emphasis added]

“What we have here is evidence from the Wikileaks database that the same attorneys that are appearing in our case and representing the DNC in the Southern District of Florida were previously attorneys for the Clinton campaign or they were providing advice to the DNC that was adverse to Bernie Sanders,” attorney Jared Beck said in a video posted on line.

While it might “smell” funny, the fact that Elias gave “advice” to the DNC is not illegal, according to the Campaign Legal Center.

However, attorneys for Bernie Sanders supporters contend that the federal court rules bar Perkins Coie lawyers from representing the DNC as defense counsel in the case. They say that the Perkins Coie attorneys may become “potential material witnesses” or “defendants” in the case and should be disqualified. They plan to file an official motion in court.

Beck’s firm is representing about 150 supporters of Bernie Sanders in the proposed class action lawsuit.

“My email account shows that I’ve been getting 10 emails per minute from people around the country that want to join the lawsuit,” Beck said. The DNC is attempting to get the lawsuit dismissed on procedural grounds, they contend that it was never properly served. Several emails sent to Clinton’s lawyer Marc Elias have not been returned. (He is also listed as the attorney for the DNC on the class action lawsuit).  If we hear back from him, we will update this article accordingly.