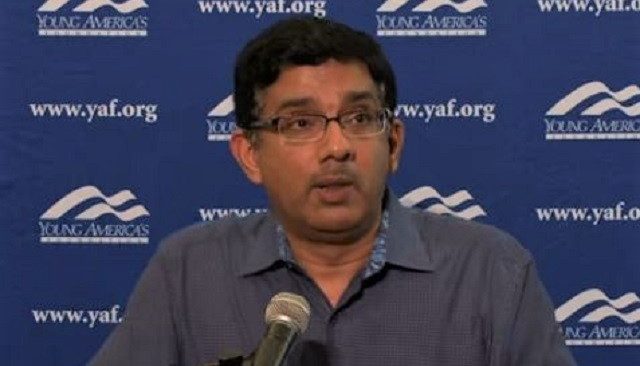 After now-former U.S. Attorney Preet Bharara was fired over the weekend, one well-known man who was convicted by his office wasn’t exactly sad about the news. Dinesh D’Souza, the conservative author and filmmaker, tweeted in celebration after learning about Bharara’s dismissal.

D’Souza was indicted by Bharara’s office on charges of campaign finance fraud in 2014. At the time, Bharara stated that D’Souza was responsible for “illegal contributions to a United States Senate campaign in the names of others.” D’Souza pleaded guilty and was sentenced to five years probation and eight months of supervision in a “community confinement center,” as well a $30,000 fine. When news broke that the man who prosecuted him was out of a job, D’Souza didn’t even try to restrain his glee.

GOOD RIDDANCE DEPT: Obama capo @PreetBharara is a familiar Indian type, subservient to those above him but ruthless with those in his power

D’Souza drew notoriety for his 2012 film, “2016: Obama’s America,” which made bold, fear-inducing predictions for what the country and the world would be like after a second term for Barack Obama. It came out prior to that year’s election. D’Souza made a similar film before the 2016 election called “Hillary’s America: The Secret History of the Democratic Party.”