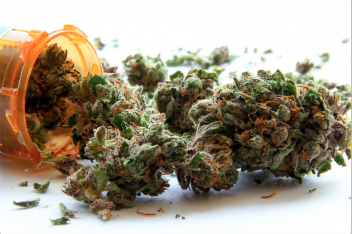 The U.S. Drug Enforcement Agency (DEA)  annouced on Thursday that it will not reclassify marijuana to allow its wider use for medical purposes.

According to the Washington Post, the DEA has decided to continue classifying marijuana as a “Schedule I” drug, a designation reserved for controlled substances that have “no currently accepted medical use.”

While the DEA will not legalize marijuana, the agency did announce a major policy change that may lead to an increase in marijuana research.  According to the report, the DEA will now allow additional facilities to grow medical marijuana for research studies into its efficacy in treating epilepsy, chronic pain relief and a variety of other conditions.  Under the current regulations, the University of Mississippi is the only research institution federally licensed to grow marijuana for research purposes.

“Although no drug product made from marijuana has yet been shown to be safe and effective in such clinical trials, DEA — along with the Food and Drug Administration (FDA) and the National Institutes of Health (NIH) — fully supports expanding research into the potential medical utility of marijuana and its chemical constituents,” the DEA announced, according to NBC News.