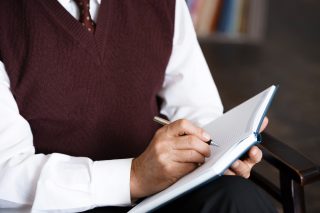 Therapists were unhappy with a California law that requires professionals to notify police when their patients admit to viewing child pornography. Two of them, along with an alcohol and drug counselor, sued the state, claiming that the  Child Abuse and Neglect Reporting Act (CANRA) violates their patients’ right to privacy.  A trial court had dismissed their complaint, and in a decision handed down earlier this week, the state’s Court of Appeals agreed, upholding the law.

CANRA was amended in 2014 to create an exception to psychotherapist-patient privilege by making therapists mandated reporters for child abuse offenses, including child pornography. The three professionals sued soon after the change took effect, arguing that many of their patients who have sexual disorders and admitted to viewing child pornography “do not present a serious danger of ‘hands-on’ sexual abuse of children,” according to court documents. They also cited reports that corroborate the belief that there is no correlation between viewing images and physically abusing children. Then-State Attorney General Kamala Harris argued that the law properly and legally aids authorities in “identifying and protecting children from sexual exploitation by consumers of child pornography.”

Judge Roger Boren noted in his opinion that sexual abuse includes not just assault, but exploitation as well, and that CANRA’s purpose “is to protect children from abuse and neglect.” Therefore, the judge said, admission of viewing child pornography is not protected by psychotherapist-patient privilege. “The privacy interest of patients who communicate that they watch child pornography is outweighed by the state’s interest in identifying and protecting sexually abused children,” Judge Boren wrote.

The three mental health professionals can appeal to the California Supreme Court, but it remains to be seen if they intend to do so.