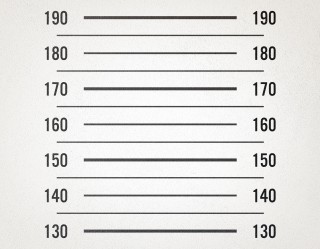 Public access to federal mugshots is about to get a lot more difficult. In a 9 to 7 vote by a full bench of the 6th Circuit Court of Appeals, based in Cincinnati, the court decided to overturn a 20 year old decision that allowed news organizations and other interested parties to get hold of booking photos of criminal defendants who had appeared in federal court. In the decision for the majority, Judge Deborah Cook wrote that the decision of the 1996 6th Circuit Court was wrong to allow access to federal mugshots under the federal Freedom of Information Act according to Politico.

“Booking photos convey guilt to the viewer. Indeed, viewers so uniformly associate booking photos with guilt and criminality that we strongly disfavor showing such photos to criminal juries,” Cook wrote in her decision.

Cook also cites that the internet allows for mugshots to be much more available than they were when the court ruled in 1996.

“A disclosed booking photo casts a long, damaging shadow over the depicted individual. In 1996…booking photos appeared on television or in the newspaper and then, for all practical purposes, disappeared. Today, an idle internet search reveals the same booking photo that once would have required a trip to the local library’s microfiche collection,” said Cook.

While those in favor of the ruling preached for privacy, the dissenters said that mugshots should not be expected to be private. They also argue that expecting this type of privacy is unfounded.

“The majority’s emphasis on embarrassment misses the point. Information can be both public and embarrassing…and the fact that a record is embarrassing does not answer the question whether an individual can reasonably expect that record to remain private. In an age in which law enforcement routinely makes booking photographs available to the press, the public has come to expect that such photographs will be accessible,” Judge Danny Boggs wrote in the dissent.

However, this decision does not mean that federal mugshots are completely sealed. They could still be released by an FOIA request in a case by case basis according to Politico.  This means that in an unusual or high profile case, the mugshot could be released.

You can read the full decision and opinions in the document below.