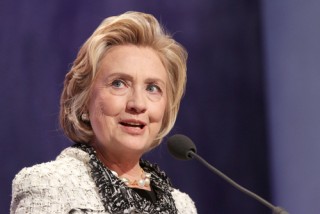 One of the classified email chains on Hillary Clinton’s personal unsecured server included information about the identity of a CIA asset and also confirmed that he was being paid by the CIA, according to a new Fox News report.

If true, this could be troubling for Hillary Clinton because as my colleague, LawNewz.com’s Chris White, points out, the disclosure of the identity of foreign intel assets is presumed to cause damage to national security, according to a provision of Executive Order 13526.

Section 1.4 reads, in part, that information shall be considered classified if its “unauthorized disclosure could reasonably be expected to cause identifiable or describable damage to national security” including “intelligence activities (like a covert action), intelligence sources or methods, or cryptology.”

In addition, some legal experts argue that given her training which is evidenced by her signed classified NDA, it might be reasonable to assume that Clinton should have recognized the information was classified, and reported it in.

Interestingly, President Obama’s order explicitly states, “Classified information shall not be declassified automatically as a result of any unauthorized disclosure of identical or similar information.” In other words, just because the information may have been revealed in a news article, that does not mean that the information was no longer classified.

A CIA spokesperson declined to comment after requests from Fox News. Clinton’s campaign has said the emails have been “over classified.”