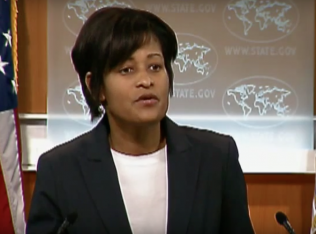 One of Hillary Clinton’s closest advisors, Cheryl Mills, reportedly traveled to New York for work on behalf of the Clinton Foundation during the time she was serving as chief of staff at the State Department.  CNN broke the news on Thursday afternoon, raising additional questions about potential conflicts of interest between the State Department and the Clinton Foundation.

Prior to her appointment as Secretary of State, Clinton agreed to “not participate personally and substantially in any particular matter involving specific parties in which The William J. Clinton Foundation (or the Clinton Global Initiative) is a party or represents a party….”  The agreement was made in response to concerns about potential conflicts of interest raised by lawmakers during her confirmation hearing.

However, as emails released earlier this week by Judicial Watch show, it does not appear as though her aides were subject to the same restrictions.  A new CNN report on Thursday only drives this point home.

At issue is a trip Mills took to New York City on June 19, 2012.  According to the report, Senate investigators have being trying for months to get information about the specific purpose of Mills trip, but the State Department has refused to respond to the request.

CNN now says they know why details about the trip have remained a mystery.

“On June 19, 2012, Mills, then the chief of staff for Clinton at the State Department, boarded a New York City-bound Amtrak train in Washington’s Union station, investigative reporter Drew Griffin told Jake Tapper on The Lead.  “The next morning, at the offices of a New York based executive search firm, Mills would interview two high-level business executives. Her mission was to help the Clinton Foundation find a new leader, a source told CNN.”

As the report further explains, “The top-level executives Mills would interview for the big job at the Clinton Foundation worked at Pfizer and WalMart — companies that have been huge donors to Foundation, and partners with the Clinton Global Initiative.”

The network reached out to the State Department to ask if they were even aware of the trip.  A spokesperson replied, although somewhat avoided answering the question:

Mills’ attorney also reportedly told the network there was nothing untoward about her involvement with the Clinton Foundation during her time at the State Department.  The attorney said all of the work was done on a strictly voluntary basis.

Similarly, a Clinton campaign spokesman also denied that there was anything inappropriate about Mills’ involvement with the foundation.

“Cheryl volunteered her personal time to a charitable organization, as she has to other charities,” Brian Fallon said. “Cheryl paid for her travel to New York City personally, and it was crystal clear to all involved that this had nothing to do with her official duties. The idea that this poses a conflict of interest is absurd.”

After Clinton left the State Department in 2013, Mills returned her position on the Clinton Foundation board of directors.