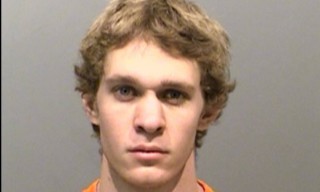 In case you were thinking the Brock Turner case was an anomaly, it wasn’t. College boys continue to victimize young women. The public continues to blame those women when they are assaulted. Judges continue to be taken in by well-rehearsed courtroom yarns of remorse and rehabilitation. Rapists continue to avoid punishment.

Austin James Wilkerson, a 22 year-old former student at the University of Colorado, was convicted of sexually assaulting a freshman girl after a St. Patrick’s Day party in 2014. According to the prosecution’s account of events, Wilkerson isolated the intoxicated victim, told his friends that he was going to care for her, and then raped her while she was half conscious. Prosecutors presented disturbing evidence that Wilkerson created a façade of having protected the victim by ensuring that friends saw him checking her pulse and temperature before assaulting her. Messages were even exchanged between Wilkerson and the victim’s friend, who thanked him for caring for the victim.

Wilkerson’s conviction was hardly a surprise, given the serious credibility problem with his defense at trial – that it hadn’t been an attack, but was instead, passionate, consensual sex. By contrast, when investigations began, Wilkerson allegedly admitted to friends that he had “fingered a girl while passed out” and “let his hands wander”; later, he told an investigator that the victim was a “fucking bitch” for having rebuffed his repeated advances.  Wilkerson’s story evolved into the tale of an encounter that started consensually, but later culminated in manual and oral penetration when she “wasn’t very responsive.”  The jury didn’t buy his account of things, probably – and I’m just guessing here—because Wilkerson came across as the entitled, reckless, selfish person he is.

Unfortunately, it’s not the details of the attack that I find bizarre. It’s the sentencing. A jury convicted Wilkerson of sexual assault on a helpless young girl. The sentence was two years of regular life by day, county jail by night. Let’s let that sink in for a minute. This guy gets to go to school, have a job, hang out with friends, spend time with family, and in most regards, simply continue his life. Yes, there’s the inconvenience of having to sleep in jail – but such an accommodation hardly befits the crime here.

My disgust with this absurdly light sentence doesn’t stem from a global distrust of clemency. There are many instances where justice is better served with leniency than with severity. There are complexities underlying our criminal justice system that obligate those passing judgment to be cautious with incarceration. I’m just frustrated because Judge Patrick Butler seems to have been taken in by this criminal’s self-aggrandizing tale of penitence.

Good judges are always on the lookout for that one litigant whose life has truly been changed for the better by the criminal justice system.   Such a transformation isn’t impossible – and many criminal justice professionals know the value of trading harsh punishment for compassion when the situation warrants. But this isn’t a case where the law disproportionately came down hard on an undeserving guy. This is the story of an entitled, irresponsible man who played the system and won.

The facts in this case do not indicate a young man who got caught up in some activity that later turned out to be regrettable. This appears to be a person who created the opportunity to victimize a helpless girl, and then lied about it in and out of court. In such a context, Wilkerson’s courtroom apology for his admitted attack hardly constitutes a compelling case for such extreme leniency. Throw in the media storm resulting from Brock Turner’s sentence, and it’s hard to believe that another judge could be convinced to risk his own credibility and reputation by extending a truckload of compassion to another college boy who sexually assaulted another incapacitated girl.

Based on my reading of Colorado law, it appears that Judge Butler was well within the legal bounds of discretion to issue the light sentence. And while I do not doubt that he carefully considered his sentencing options, I seriously disagree with his words to the defendant:

“So if you think in any way you are getting off lightly, you are not. Twenty years to life is a long time for somebody to mess up, and I hope you don’t in any way take any of that lightly.”

The thing is, Wilkerson did get off lightly. He could have gone to prison for twelve years – but instead, he’ll avoid state prison altogether. Judge Butler’s characterization of the consequences otherwise is troubling – not only to me, but to the millions of people affected by sexual violence. If there were a compelling reason to extend abundant leniency to James Wilkerson, I’d like to have heard it. Otherwise, I’ll continue to see this case as another example of the sad imbalance between privilege and accountability that pervades our college campuses.