Sarah Palin Is Talking to Lawyers over New York Times Article; Here’s How Her Case Would Look 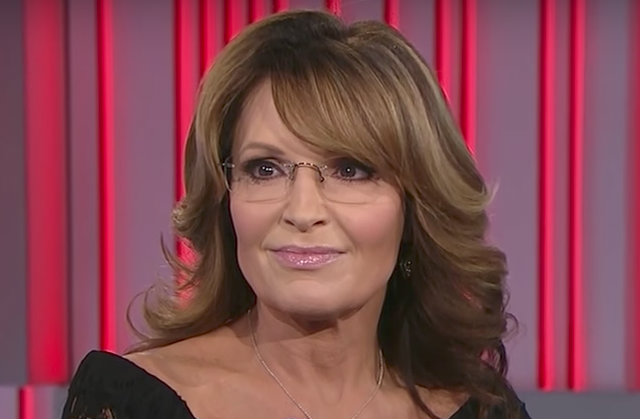 Former Alaska Gov. Sarah Palin says she’s talking to attorneys because of an inaccurate New York Times editorial. If it ever came to it, does she have a viable libel claim against the outlet?

This all started with a Wednesday article, where the Editorial Board tried to unpack the shooting that left four victims injured, including a Republican Congressman, Rep. Steve Scalise of Louisiana. The piece tried to examine how incendiary political speech and easy access to guns may have facilitated the incident–shooter James Hodgkinson seemed to be a supporter of Sen. Bernie Sanders (I-Vermont), and reportedly posted anti-Trump messages to social media.

The Editorial Board unintentionally walked into some dicey territory, however. They drew a parallel between the recent shooting and the 2011 attack on Democratic Rep. Gabby Giffords, which also left six dead and more injured. In doing so, the board said there was a “clear” link between the actions of shooter Jared Lee Loughner and speech by Palin’s political action committee. Commenters, many conservative, did not respond kindly.

(1/2) @nytopinion – commonsense suggestion by a journalist, am talking to attorneys this AM and exploring options. BTW, wonder.. pic.twitter.com/jACvxwUBZH

(2/2) …WHY someone would no longer be in public eye? Think constant libel & slander have anything to do with it?

The Times has already admitted their article was inaccurate, but is it libel? Remember, defamation has to be false and said with actual malice. This last bit is important. The intent doesn’t have to be malicious in layman’s terms. It would simply be that the writers knew the allegation was false, or held reckless disregard for whether or not it was true.

A State cannot, under the First and Fourteenth Amendments, award damages to a public official for defamatory falsehood relating to his official conduct unless he proves “actual malice” — that the statement was made with knowledge of its falsity or with reckless disregard of whether it was true or false.

Mere factual errors and negligence don’t equal this legal definition of recklessness. However, a jury could theoretically decide that it would have been easy enough for the Times to know that the statements were false, and that by not doing the necessary research, they were reckless. They could also look at the mistakes as innocent, as they were corrected swiftly. Additionally, libel cases have to show harm, and the corrections on the article likely mitigated the harm that otherwise would have been caused had the article remained uncorrected.