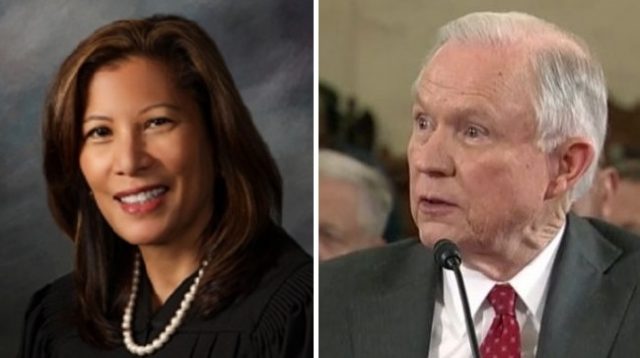 After reports surfaced that immigration officials were hanging out in state courthouses to find and arrest people who entered the country illegally, one top justice felt the federal government was going too far. California Chief Justice Tani G. Cantil-Sakauye wrote a letter to U.S. Attorney General Jeff Sessions and Secretary of Homeland Security John Kelly asking them to tell federal agents to stop “stalking courthouses and arresting undocumented immigrants.”

“Courthouses should not be used as bait,” Justice Cantil-Sakauye wrote, explaining that “trial courts strive to mitigate fear to ensure fairness and protect legal rights,” and these tactics don’t serve to accomplish that goal. To the contrary, she said that these methods that are being employed by ICE “are neither safe nor fair.”

Agents are indeed instructed not to arrest people in “sensitive locations” like schools or hospitals,” ICE spokeswoman Virginia Kice told The Los Angeles Times, but that does not include courthouses. Kice explained that the increase in courthouse arrests began after local authorities wouldn’t cooperate with ICE requests to hold suspects at jails.