By the Numbers: How the Mandalay Bay Massacre Compares to Other Mass Shootings 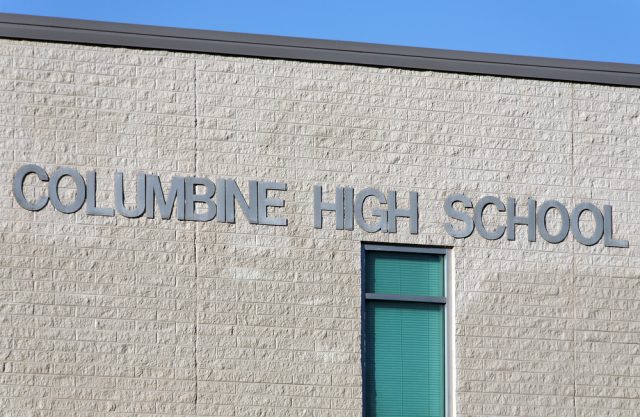 In light of the recent attack on the Las Vegas Strip, LawNewz takes an in-depth look at other mass shootings in modern U.S. history.

Allegedly committed by 64-year-old Stephen Paddock. Using multiple guns, the shooter fired a rain of bullets onto a crowd of country music fans in the middle of a concert across the street. Despite claims of responsibility by the Islamic State, federal authorities do not believe this incident was related to international or Islamic terrorism. Paddock was found dead inside his hotel room after committing suicide. His motive remains unknown.

This attack on an LGBT club was committed by Omar Mateen. The former security guard entered the club, bypassing an off-duty member of the Orlando Police Department, and then began shooting. Soon thereafter, the off-duty cop and two others engaged Mateen, who then took hostages. During a 9-1-1 call after the shooting began. Mateen pledged allegiance to the Islamic State and said he was motivated by U.S. wars in the Middle East. Mateen was ultimately killed by responding law enforcement officers in a prolonged shootout.

Virginia Tech senior Seung-Hui Cho attacked two separate buildings on the school’s campus. He began by opening fire on the West Ambler Johnston residence hall, where he killed a freshman and then a resident assistant who came to the freshman’s aid. Cho then went back to his own dorm, changed clothes and deleted his emails before moving onto Norris Hall, where the university’s Engineering Science and Mechanics program was housed. There, he chained the doors shut and methodically went from room to room, killing five faculty members and 27 students before taking his own life. Cho had a lengthy history of severe mental illness and had previously been investigated for the stalking and harassment of two female students.

Adam Lanza first killed his mother at around 9:30 a.m. on the day in question. He then traveled a short distance in his mother’s car to Sandy Hook Elementary, where he shot his way inside while wearing earplugs, sunglasses, and a utility vest while carrying extra rifle magazines. He killed two faculty members in the school’s front hallway, before making his way to two first grade classrooms, where he killed 20 children while frequently reloading his guns. The shooter ultimately killed himself at around 9:40 a.m. No motive was ever ascertained, however, Lanza had a history of mental illness and noted preoccupation with violence.

The first mass shooting in modern U.S. history was committed by 41-year-old James Huberty, who had sought–but failed to receive–help for a self-acknowledged mental disorder. Huberty brought multiple weapons with him into the restaurant filled with 45 patrons. He initially took aim at a 16-year-old employee, but his gun didn’t fire, prompting some to believe the incident was a joke. Eventually, Huberty gained control of his weapons and started firing as customers hid behind tables and booths. The shooter was later killed by a single marksman’s bullet roughly an hour and 20 minutes after he entered the McDonald’s. A right-wing conspiracy theorist and survivalist with a history of domestic violence, Huberty’s motive was never explicitly declared, though he believed the country “wasn’t treating him right.”

Husband and wife Syed Rizwan Farook and Tashfeen Malik were explicitly motivated by foreign terrorist groups. During a hybrid training event and Christmas party hosted by the San Bernardino County Department of Public Health, the couple appeared in tactical gear with semi-automatic rifles and pistols–though Farook, an employee with the department, had been in attendance earlier in the day before leaving to carry out the attack–and killed two people outside before making their way in, firing over 100 rounds before escaping in a Ford Expedition. The couple were chased by police and both later died in a firefight roughly 1.7 miles away from the site of the attack. Farook and Malik became radicalized by consuming what then FBI Director James Comey described as, “poison on the Internet.” Their radicalization occurred prior to the emergence of ISIS, however, ISIS later claimed the two as “supporters” and praised their actions.

Patrick Sherrill, a U.S. Postal Service employee–and U.S. Marine Corps veteran–low on the seniority list started off shooting a supervisor who had reprimanded him the day before and then sought out another. He killed multiple other co-workers before ultimately shooting himself. Many have speculated that his unhappiness with work pushed him to commit the massacre, however, his genuine motive remains unknown. This mass shooting resulted in the phrase “going postal” being added to the American English lexicon.

Eric Harris and Dylan Klebold shocked the nation with their school-time murder of multiple classmates and one teacher, and subsequent suicides. The two began their attack by trying to unsuccessfully detonate propane bombs in the school’s cafeteria during one of the lunch shifts. After the bombs failed to explode, Harris and Klebold walked into the school together, firing 188 rounds of ammunition and throwing multiple pipe bombs. The ensuing press coverage sparked debates on goth culture, bullying, gun control, zero tolerance policies and violent video games.

Nidal Hasan entered the Soldier Readiness Processing Center at Fort Hood a little after 1:30 p.m. on the day in question. There, he went to a desk, bowed down for a few seconds and then rose, shouting “Allahu Akbhar!” as he opened fire. He initially sprayed bullets in a fan-like motion at groups of soldiers and then singled them out individually–declining multiple opportunities to hit civilian targets–before being felled by police officer Mark Todd. Hasan was admittedly motivated by Islamic principles, however the shooting was never officially categorized as a terrorist attack. Others have speculated that Hasan was upset about being deployed to Afghanistan and that he was disillusioned by the Army’s refusal to prosecute alleged war criminals who had apparently implicated themselves in such crimes to Hasan himself while in his role as an Army psychiatrist. Hasan was ultimately sentenced to death, though the sentence has yet to be carried out.

During a midnight screening of The Dark Knight Returns, James Eagan Holmes entered a crowded movie theater, exited to retrieve weapons and tactical gear, and then reentered through the same exit door. He threw smoke devices into the crowd as he fired and was reportedly listening to techno music via headphones in order not to hear the screams of his victims. The shooter then walked to his car after the shooting and was apprehended with no resistance. Holmes unsuccessfully mounted a mental health defense during his trial. He was ultimately found guilty on 24 counts of first degree murder and is serving multiple life sentences.

Note: all death totals include the perpetrator(s) when applicable.