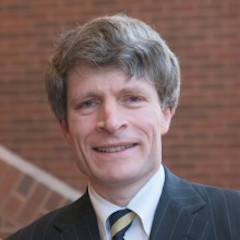 Richard W. Painter, the chief ethics lawyer for President George W. Bush, penned an opinion piece in The New York Times in which he said that, as far as he can tell, Hillary Clinton did not violate any laws surrounding donors and the Clinton Foundation. He would know. While in office, his job was basically to advise officials about potential conflicts of interest.  However, he did saying removing Bill Clinton from the foundation, and leaving Chelsea in place, if Hillary wins, “does not solve the problem.”

The problem is that it does not matter that no laws were broken, or that the Clinton Foundation is principally about doing good deeds. It does not matter that favoritism is inescapable in the federal government and that the Clinton Foundation stories are really nothing new. The appearances surrounding the foundation are problematic, and it is and will be an albatross around Mrs. Clinton’s neck.

Painter believes that if Clinton is elected all family members should step down from their positions within the foundation. He also believes that between now and the election, the foundation “should immediately suspend” all fundraising and donations (not just foreign donations.) Even though Painter said he is a Republican, he plans to vote for Clinton. His legal analysis is in line with a recent column by Meredith McGehee from the Campaign Legal Center. She puts the blame partially on the U.S. Supreme Court for for all-but-legalizing “what most people consider to be corruption, especially in the form of pay-to-pay.”