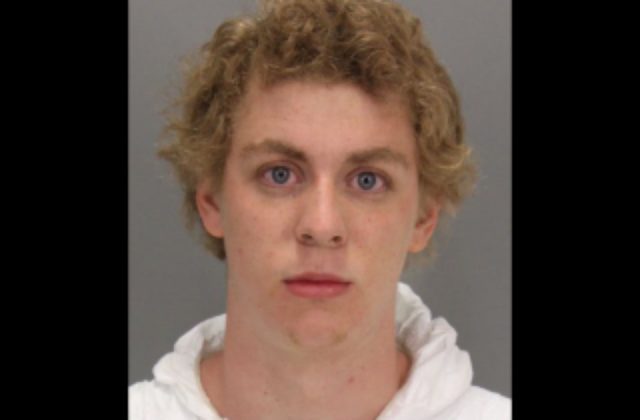 The former Stanford University student and swimmer made headlines in March, 2016 when he was given a six-month sentence after being convicted of sexually assaulting an unconscious woman outside of a frat party on January 18, 2015.

Just yesterday, Turner’s lawyers filed a 172-page brief which described his initial trial as a “detailed and lengthy set of lies,” while requesting a new trial on the sexual assault charges.

Turner’s hope is that a new trial will establish innocence so that he’s ultimately not forced to register as a sex offender–which is required for the rest of his life as an aspect of his sentence. Turner’s attorneys also went after the judge in the original trial, Aaron Persky, claiming that he failed to tell jurors they could consider lesser charges and that he erroneously failed to allow testimony from character witnesses that would have allegedly exonerated their client.

The legal team’s attention to Persky is notable due to the outrage his sentencing decision caused among victim’s rights and prosecutorial communities in the United States. Persky was variously charged with classism and male chauvinism over the apparently lenient sentence given to Turner. Many critics pointed out that Persky also attended Stanford–where he captained the university’s lacrosse team. A campaign is currently being waged to recall Persky after collecting millions of signatures and overcoming multiple legal hurdles.

Turner’s victim, known only as “Emily Doe,” had submitted a 12-page account of the sexual assault for sentencing purposes. That harrowing document was widely circulated and relayed the assault in gruesome detail. That document apparently failed to move Persky, however, and the judge handed down the controversially short six-month sentence, citing the “severe impact” imprisonment might have on Turner’s life. Turner ultimately served three months of that six-month sentence.

Turner’s attorneys are also basing their appeal on repeat allegations by Deputy District Attorney Alaleh Kianerci that Turner assaulted his victim behind a dumpster. According to Turner’s attorneys, this wasn’t actually the case and it tainted the jury. Their filing states:

The prejudicial aspects of this ‘behind-the-dumpster’ characterization were two-fold: (1) it implied an intent on the appellant’s part to shield and sequester his activities with Ms. Doe from the view of others; and (2) it implied moral depravity, callousness and culpability on the appellant’s part because of the inherent connotations of filth, garbage, detritus and criminal activity frequently generally associated with dumpsters.

In a statement yesterday to the Mercury News, Santa Clara County District Attorney Jeff Rosen said, “Brock Turner received a fair trial and was justly convicted. His conviction will be upheld. Nothing can ever roll back Emily Doe’s legacy of raising the world’s awareness about sexual assault.”