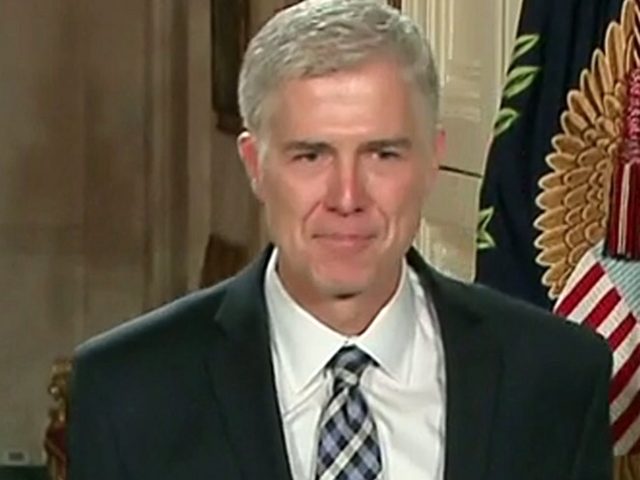 According to the Associated Press, Trump said he will not allow political “gridlock” to stop his Supreme Court nominee, Neil Gorsuch.  The 45th President reportedly said he will go so far as to urge Senate Majority Leader Mitch McConnell to “go nuclear” to get his nominee confirmed.

The “Nuclear Option” would change Senate rules that essentially require 60 Senators to agree before a confirmation vote can be held on a nominee.  Former Sen. Harry Reid paved the way for this back when Democrats controlled the Senate when he did away with the 60 vote threshold for most presidential nominees, except the Supreme Court.

The president told reporters he plans to tell  Sen. McConnell if Democrats try to filibuster his pick to “go nuclear, because that would be an absolute shame if a man of this quality was caught up in the web.”