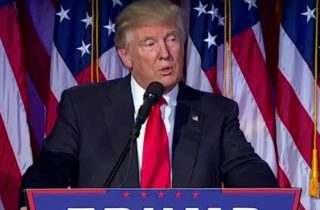 President-elect Donald Trump filed an objection with the Michigan Bureau of Elections on Thursday, regarding the vote recount initiated by Green Party candidate Jill Stein. According to a statement from Michigan Secretary of State Ruth Johnson, recount activities will be postponed pending a decision on the objection by the Board of State Canvassers. The Board is scheduled to consider Trump’s objection on Friday, and will have five days to make a decision. The recount was supposed to begin in two counties on Friday, and in other counties over the weekend.

Elections has received the objection from the Trump campaign. https://t.co/ah7fBjxBrB

Trump’s objection states that Stein is not an “aggrieved” party because she came in fourth place in the election, and “is therefore not entitled to a recount.” Trump also argues that a recount would not be finished in time for the Electoral College to place their votes.