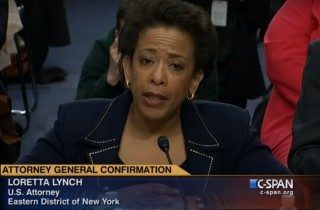 Attorney General Loretta Lynch has asked that the White House withdraw her name from consideration as a nominee for the Supreme Court.

Here’s the statement sent out by a DOJ spokesperson:

DOJ spokeswoman says @LorettaLynch has asked not to be considered for Supreme Court nomination. pic.twitter.com/cGtDBOefb6

Lynch was asked about the possibility during a Fox News interview last week and said she’s very happy with her current position.