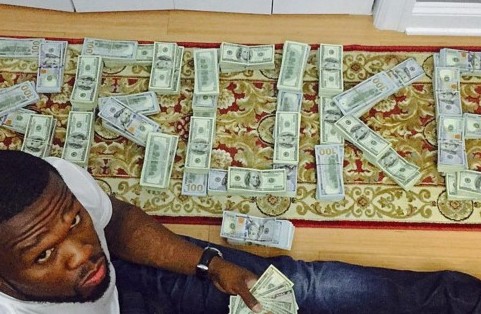 After creditors—including Sleek Audio, SunTrust Bank, and an ex-girlfriend, Lastonia Leviston, who claim they’re owed a combined $29 million—saw his posts, they filed a complaint and so the “In Da Club” singer is due back in da court.

In a statement filed in court on Tuesday, 50 cent claimed that he wasn’t hiding assets and the cash was merely a prop for his ostentatious little photo shoot. Judge Ann Nevins ordered two quarters to appear in bankruptcy court to explain the Instagram photos. He’s due back in a Connecticut court on Wednesday.

Jackson filed for bankruptcy last year after a New York City jury ordered him to pay $7 million to a woman who said he posted her sex tape online.