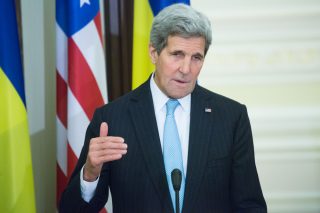 U.S. Secretary of State John Kerry said on Friday that a war crimes investigation was necessary to explore recent actions by Russia and Syria that claimed the lives of Syrian civilians.

Kerry told the media that Syrian forces killed 20 and injured 100 when they struck a hospital overnight, the Associated Press reported. This is not the first time that allies Syria and Russia have hit civilian locations. “Russia and the regime owe the world more than an explanation about why they keep hitting hospitals, and medical facilities, and women and children,” Kerry said. “They are beyond the accidental now, way beyond.” Russia has been engaging in air attacks in the region for roughly a year.

The announcement was made while Kerry was appearing in Washington with French Foreign Minister Jean-Marc Ayrault. Ayrault said that France hoped to be of assistance in brokering a cease-fire.

Kerry had attempted negotiations with Russia for counterterrorism measures in Syria. In September, he proposed an agreement that could have gone forward if fighting had stopped for a week and aid had been permitted to get through. Neither of those things happened, and when Russia and Syria continued their attacks in Aleppo, discussions ended altogether.