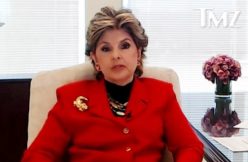 High-profile Los Angeles based attorney Gloria Allred will hold a press conference at 11:30 a.m. PST during which one of the women who accused Donald Trump of inappropriate sexual conduct will reportedly come forward to file a lawsuit against the President-elect.

From Gloria Allred: a Trump accuser is holding a PC at 2:30 EST to announce the filing of a lawsuit against the president-elect pic.twitter.com/8CJCIOd2MR

In the month before Election Day, numerous women came forward to accuse Trump of inappropriate sexual conduct over the past thirty years.  A majority of the allegations came in the days after the release of an audio tape of Trump making lewd remarks in 2005 which was published by the Washington Post. Trump denied all the allegations and even threatened to file his own lawsuits against some of the accusers after the election was over.

However, it now appears that one of the accusers will come forward with her own lawsuit against Trump, according to a press statement from Gloria Allred.

It is unclear which accuser Allred is referring to, but in the past she has stated that she represents at least three of the women who have accused Trump of inappropriate behavior.  Those women include former Apprentice contestant Summer Zervos, Jessica Drake, an adult film performer, and former Miss USA contestant Temple Taggart.

LawNewz.com plans to provide live streaming coverage of the presser when it happens.