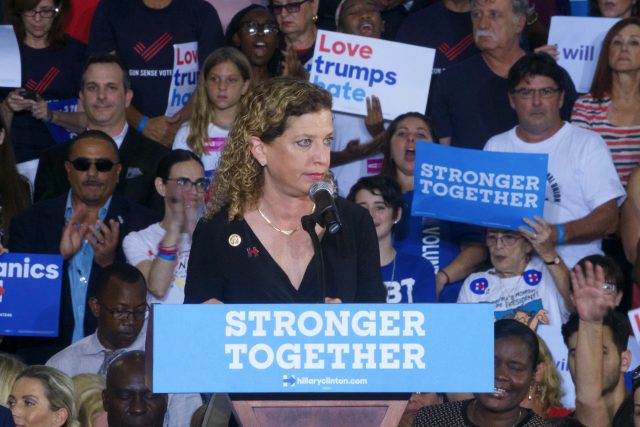 Awan was arrested late last month after trying to leave the country while under investigation for a so-called “procurement scam” where IT equipment was stolen from House offices. Other unnamed violations are alleged to have likely occurred as well.

Over the course of the past two years, Awan made nearly $2 million while working for House Democrats, but eventually his access to servers was revoked and many Democrats let him go. Not so for Wasserman-Schultz, who held on to Awan until the end.

Wasserman-Schultz–who was forced out of her position as chair of the Democratic National Committee (DNC) in disgrace following revelations that she stacked the deck against Senator Bernie Sanders in his primary battle against Hillary Clinton–has attempted to frame the focus on Awan as the result of some sort of Vast Right-Wing Conspiracy against her.

However, in the aftermath of the DNC’s data breach and various appearances of impropriety emanating out of her office, it’s getting harder and harder to dismiss the Awan story as so much ginned-up, partisan nothingness.

“We have to investigate how our systems may have been compromised.”

The indictment was issued in the U.S. District Court for the District of Columbia and names Awan’s wife as an accomplice.

This breaking story will be updated as more information becomes available.