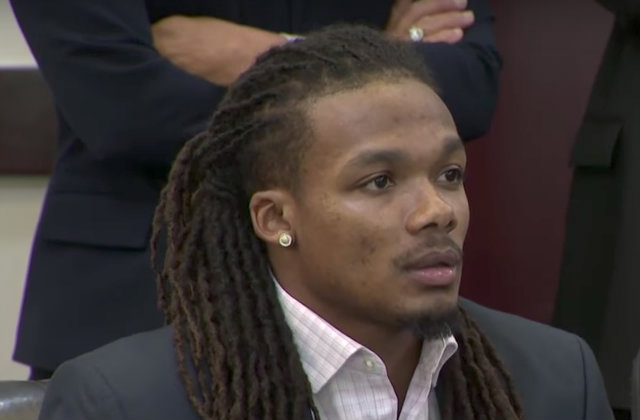 Former Vanderbilt University football player Brandon Banks was sentenced Friday to 15 years in prison for his role in gang-raping an unconscious female student. He is one of four teammates charged with assaulting the woman in 2013.

A Tennessee jury convicted him in June for aggravated rape and aggravated sexual battery. They were apparently not convinced by his excuse that he was bullied into it.

Two other players were convicted for their role in the assault. Brandon Vandenburg was sentenced to 17 years in prison. Corey Batey must spend 15 years behind bars. A fourth teammate, Jaborian McKenzie, pleaded not guilty. His trial is still pending.