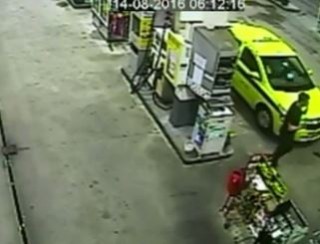 Even though Ryan Lochte has changed his story about what he claims happened at a gas station in Rio Sunday morning, the main facts have been consistent. Lochte said he and his teammates were in a taxi, when people with badges and guns held them up and took their money.

Brazilian authorities said that no robbery took place, and that the swimmers had vandalized the gas station. They say security guards confronted the swimmers while pointing a gun, not letting them leave.

So … the manager demanded money and a gun was pointed at the swimmers. I don’t know about you, but that sounds an awful lot like a muddled version of what Lochte said. Brazilian authorities said at a press conference that no reasonable person would have thought that what happened was a robbery. I’d argue that an apparently drunk Ryan Lochte isn’t quite the same as a reasonable sober person. If you’re drunk, someone demands money, a gun is pointed at you, and you’re in a country where you don’t speak the language, it’s pretty reasonable to thing you’re being robbed!

Keep in mind, Lochte’s story may have changed, but so did the Rio police’s. Officials in Brazil first said that no guns were used in the encounter, but then police acknowledged that a guard did use a firearm. That’s a pretty huge difference compared to the discrepancies in Lochte’s accounts.

This sounds a whole lot like the gas station manager and guards were rightfully angry and Lochte was rightfully scared and confused.