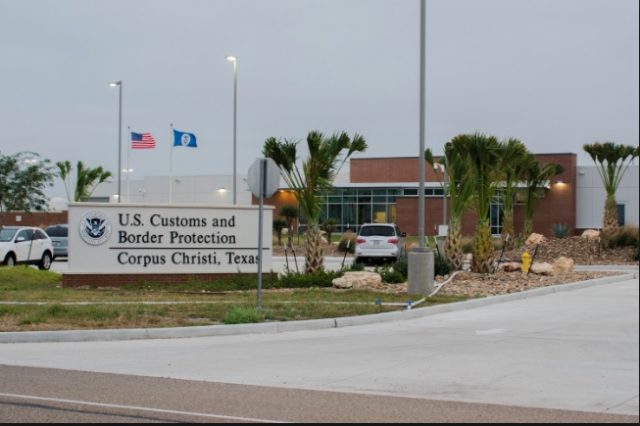 An undocumented mother and father were arrested by U.S. Border Patrol agents in Texas after they took their ailing infant to a hospital for treatment.

According to an exposé by NPR, Oscar and Irma Sanchez were recently blessed with the arrival of Isaac Enrique Sanchez. When Isaac was two-months-old, tragedy struck and he was diagnosed with pyloric stenosis–a condition that stops food from entering the small intestine. Symptoms include forceful vomiting, dehydration and weight loss. Babies who come down with pyloric stenosis typically appear to be insatiably hungry.

The illness is uncommon but curable. Doctors at the local hospital in Harlingen, Texas gave the Sanchezes some bad news, though: they didn’t have the ability to deal with Isacc’s condition there. He would have to be taken to Driscoll Children’s Hospital a bit further north in Corpus Christi.

Such a trip was less than appealing to Oscar and Irma, however, because the undocumented couple would have to pass through a U.S. Border Patrol immigration checkpoint in order to make it to the hospital. Speaking with NPR, Oscar said, “The nurse told us we had to go there. We said we couldn’t go.”

The Sanchezes considered their options as they sat and discussed things in that Harlingen hospital’s waiting room.

Then a Border Patrol agent arrived–likely tipped off by a nurse–and said he could escort the family through the checkpoint into Corpus Christi so that their son could get the treatment he needed. There was one catch, though: he would have to arrest Oscar and Irma and begin deportation proceedings afterwards.

An ambulance tore through the night and miles of bleak Texas ranch land on the way to the children’s hospital. Oscar and Irma sat by Isaac’s side as an IV dangled out of his arm and a tube was connected to his stomach. And the Border Patrol followed right behind.

Green-shirted agents stayed with Oscar and Irma the entire time they were in the hospital. Oscar was followed to the bathroom and cafeteria. Irma was forced to breastfeed with the door open.

The morning after they first arrived, the couple was taken to the Corpus Christi Border Patrol station where they were finger-printed and booked. Isaac’s operation had to be rescheduled so that both parents could be there while it happened. The monitoring continued as both parents were eventually allowed to return to the hospital.

Now their case is making its way through the legal system but it has immigration advocates a bit puzzled. Lisa Koop, a lawyer with the National Immigrant Justice Center who is working on their case, said:

I can’t pretend to understand any reasoning that would have led anyone up the chain of command to think that Irma and Oscar were flight risks or dangers to the community or in any other way people who needed to be followed into a hospital in order to be placed in deportation proceedings.

LawNewz reached out to the Rio Grande Valley Sector Border Patrol public affairs department for comment as to why the Sanchez family was subjected to such strenuous monitoring, but a response was not forthcoming at the time of publication. This post will be updated if and when a reply is received.