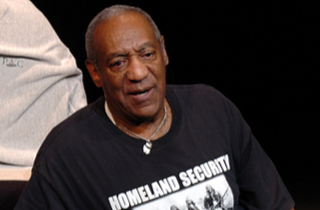 Bill Cosby will probably not be happy with various rulings made Monday morning. Judge Eduardo C. Robreno denied the substance of motions filed by Cosby’s attorneys in a lawsuit that he was intervening in. In the case in question, Andrea Constand, Cosby’s accuser in his criminal case, is suing former Montgomery County, Pennsylvania District Attorney Bruce Castor. who never charged the actor/comedian during his term in office. Constand is alleging that Castor defamed her in comments he made about her allegations, saying that she would not have made a credible witness when she first approached him in 2004. Constand’s argument is, essentially, that this goes counter to her being credible enough for Castor’s successors to file charges against Cosby over a decade later.

What Cosby was attempting to do was, in the words of LawNewz‘s own Elura Nanos, “try everything” to bolster his defense in the Constand criminal case. In this instance, “everything” included intervening in Constand v. Castor, arguing that he and/or his lawyer should be allowed to sit in on Constand’s deposition. The reason? The Cosby side feels that they need to have someone in the room who can make sure that Constand is not breaking his confidential settlement agreement with Cosby and could call the judge to rule on any issues if need be. In response, Constand’s attorneys argued that this was pointless because, after all, there was already someone in the room who had an interest in keeping the settlement terms confidential: Constand herself.

In the end, here’s what Judge Robreno ruled: Cosby and his lawyer will not attend Constand’s deposition. The parties to the lawsuit and their lawyers will only be able to discuss the contents of the deposition with each other. As for the transcript, its production will be expedited, and its contents will be sealed for 30 days, “during which time Cosby may file any objections to particular questions asked and/or answers provided during the deposition.” After that, Judge Robreno will rule on what sections, if not the whole transcript, will remain sealed.

For Constand, this definitely is a victory, as she had expressed concerns about Cosby trying to unnerve her with his presence. Now, she can just concentrate on the matter at hand, though if she and and her lawyers were hoping to be able to use the transcript in the court of public opinion, they have to wait and see if they’ll be able to do so.