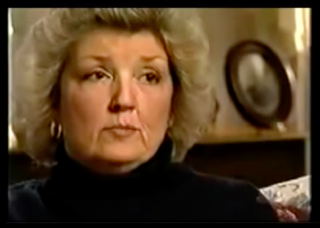 Juanita Broaddrick, the woman who once accused Bill Clinton of rape, told LawNewz.com she’s received a barrage of nasty, harassing and threatening online messages after sending out tweets critical of Chelsea Clinton. Many of them apparent Clinton supporters and #NEVERTRUMP people. One person told her that Clinton should have her beat up for what she said.

“You don’t start all of a sudden in an ugly campaign come out of the woodwork. It’s people like you breaking our country apart, look where you live inArkansas, you are probably not even educated, why don’t you get a clue,” one caller said in a message shared by Broaddrick with LawNewz.com. Broaddrick said the same woman repeatedly called her at least 7 times. And there were many others.

Another foul mouth. And he’s from Canada. pic.twitter.com/NmnJIIFcMz

Now this idiot is saying I have been in prison. pic.twitter.com/yMhKb1i1kb

And this one wants me beaten pic.twitter.com/rCKPUyuROz

Broadderick accused Bill Clinton of raping her back in 1978. Clinton has always denied the allegations. Broadderick, who is now in her 70’s, took to twitter this week to blast comments that Chelsea Clinton made about the “attacks” on her family. After the debate, Trump applauded himself for being so restrained that he didn’t mention Bill’s sordid past. Trump said he didn’t mention it because he saw Chelsea in the audience. Chelsea responded in an article in Cosmopolitan .

“I don’t remember a time in my life when my parents and my family weren’t being attacked, and so it just sort of seems to be in that tradition, unfortunately,” she said.

On Wednesday, Broadderick fired back in a series of tweets:

1. Here is my response to Chelsea Clinton’s statement about her father’s sexual misdeeds

2. Chelsea you said you don’t remember a time in your life that your parents weren’t being attacked.

3. There’s a very good reason for this—your parents are not good people.

4 your father was, and probably still is, a sexual predator. Your mother has always lied and covered up for him.

6. The truth is what has brought the attacks on your family and you are smart enough to know that by now.

An article about her tweets was picked up by the Drudge Report and many other publications, and since then Broadderick says she’s been receiving online threats and harassing messages.

“Too many but they’ve been handled nicely by my Twitter friends,” Broaddrick told LawNewz.com.