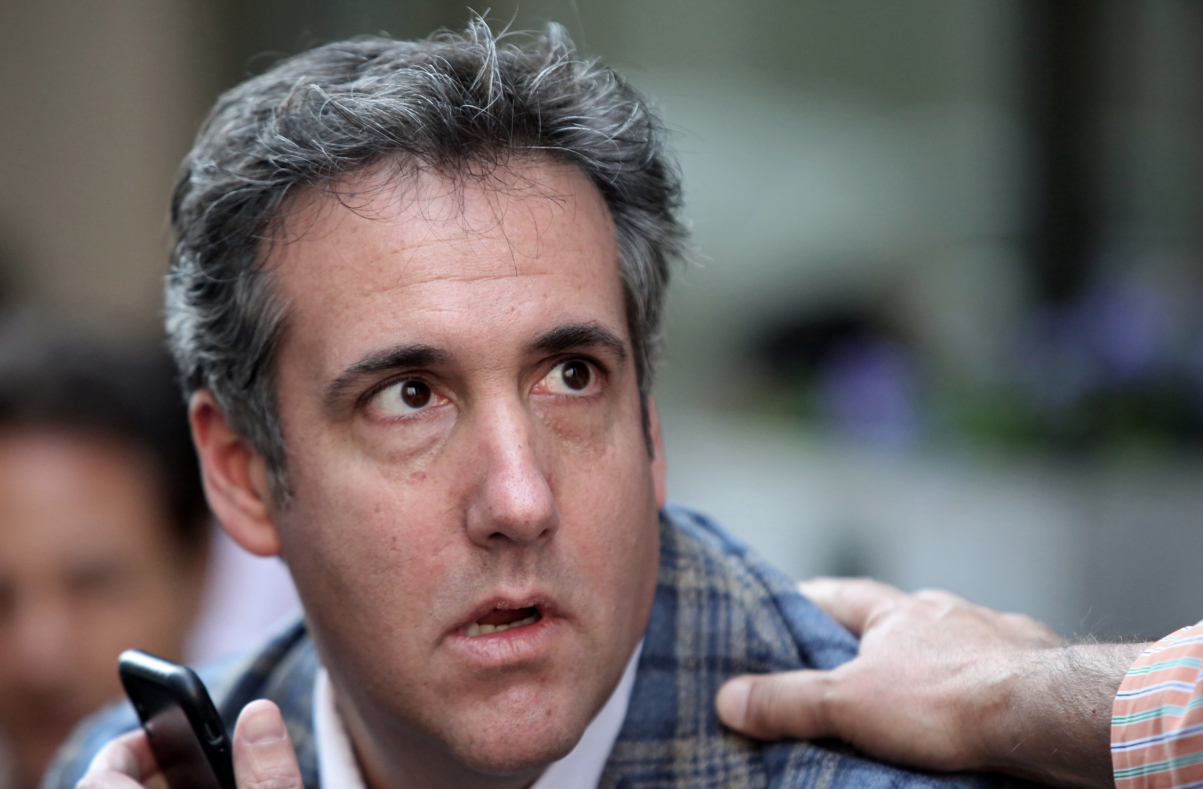 Stormy Daniels’ attorney Michael Avenatti has accused Michael Cohen and/or “members of his team” of selectively leaking audio recordings to the media.

“Here is a letter we just filed relating to the select alleged leaks of audio tapes by Mr. Cohen,” Avenatti tweeted Tuesday afternoon. “If he is going to release audio tapes, he should release ALL of them, including those with Mr. Trump. #Basta”

Here is a letter we just filed relating to the select alleged leaks of audio tapes by Mr. Cohen. If he is going to release audio tapes, he should release ALL of them, including those with Mr. Trump. #Bastahttps://t.co/5LfX0Lb8Ig

The tweet included a link to Avenatti’s letter to U.S. District Judge Kimba Wood. Avenatti alleges that Cohen and/or his team leaked recordings related to his client Stormy Daniels to create a “false narrative.”

“Michael Cohen should not be leaking select recordings as part of an effort to create a false narrative. Where are the tapes with Mr. Trump?” Avenatti told Law&Crime in a statement.

In the letter, Avenatti asked Judge Wood to question Cohen’s attorneys at a hearing on Thursday about this.

Here’s what the full letter said:

We write to bring an important matter to the Court’s attention. We have reason to believe that plaintiff Michael Cohen, or members of his team, have begun to leak select audio recordings to the media that were seized in the FBI raids. We further have reason to believe that these recordings may relate to our client, Ms. Stephanie Clifford. We think that these select leaks are meant to paint a false narrative relating to Mr. Cohen and his business dealings at the same time he is not disclosing numerous other recordings of him speaking with individuals such as Mr. Trump.

We respectfully request that the Court make inquiry of Mr. Cohen’s attorneys of these leaks at Thursday’s hearing, including, among other things, whether Mr. Cohen’s team is the source of the leaks, what was disclosed, and the reasons for the disclosures. Such leaks would plainly call into question the seriousness of Mr. Cohen’s arguments opposing my pro hac vice motion. They may also directly interfere with the privilege review being conducted by the Special Master. Further, if the materials publicly disclosed relate to our client, the disclosures would also have relevance to our motion to intervene. Thank you for your attention to this matter.

It is notable that in alleging leaks Avenatti takes issue with the “seriousness” of Cohen’s recent arguments against him appearing pro hac vice in a New York court.

One of the reasons Cohen’s legal team has said Avenatti should not be allowed to appear pro hac vice is that the release of his “executive summary” of Cohen-related records contained “inaccuracies.” They also took issue with the leak in the first place.

Law&Crime reached out to Cohen attorney Stephen Ryan for comment.