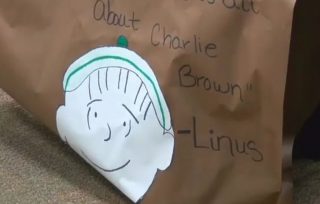 Texas Attorney General Ken Paxton filed an intervention in state court in defense of a local middle school teacher who had a Christmas decoration on her door featuring the Peanuts cartoon character Linus and a quote from the well-known holiday special, “A Charlie Brown Christmas.” Dedra Shannon is suing the Killeen Independent School District after Patterson Middle School principal Kara Trevino removed the decoration.

According to court documents, the decoration had a picture of Linus, with the text:

For unto you is born this day in the City of David a Savior which is Christ the Lord’ . . . That’s what Christmas is all about Charlie Brown.” Linus

The school district affirmed Trevino’s decision to take it down, believing that it violated separation between church and state. Paxton’s court filing says that this is not the case, arguing that “Texas law prohibits KISD from expressing hostility toward religious messages, and it also specifically encourages school districts to take a more inclusive approach to religious and secular celebrations.” Paxton’s intervention says that Texas must respect people’s abilities to express their ideas, and that “the government must not oppose religion or religious expression.” He also argued that a teacher’s decoration does not rise to the standard of “government speech.”

In a statement obtained by LawNewz.com, Paxton said, “Once again, public schools have decided that their commitment to diversity does not extend to Christians … Killeen ISD made a clear legal error when it decided it had to censor staff member Dedra Shannon’s Christmas decoration simply because it incorporated some religious terminology.”