Anti-Trump Forces are Wrong, Electors Have Absolutely No Legal Right To Vote Their ‘Conscience’ 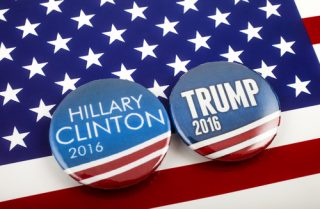 Anti-Trump forces are apparently gearing up for an all out legal war against the Electoral College. They plan to file legal action in all 29 states which have laws that prohibit electors from “voting their conscience.”  However, those encouraging electors to abandon the will of the people are wrong, and are violating the basic principles of democracy.

In the seminal decision of Ray v. Blair, the Supreme Court made clear electors act at the privilege of the state that empowers them, and do NOT enjoy any special right to vote as they please.

Article II, section 1 of the Constitution gives states the rights to select their electors as they please, including a right to require party and candidate loyalty, and the concomitant authority to strip an elector of participation in the electoral college for failure to honor that pledge of loyalty to the party nominee. In so doing, the Supreme Court reversed the Alabama state supreme court, and rejected the idea that an elector had any Constitutionally protected right to vote in the electoral college as he or she chose.

Electors only “act by authority of the state.” Ray v. Blair, 343 U.S. at 224 (1952). The Constitution itself gives such power to the states without restriction or restraint. “Neither the language of Art. II, § 1, nor that of the Twelfth Amendment forbids a party to require from candidates in its primary a pledge of political conformity with the aims of the party.”  The “suggestion” of some “assumed” elector choice to ignore the state’s limitations on his office was “impossible to accept” as some intention of the founders. As the court noted: “history teaches” just the opposite, as electors “were expected to support the party nominees.”. Indeed, the Supreme Court labeled such faithless electors a “fraudulent invasion” for a reason.

Other legal scholars have recognized the elector as a ministerial office, not a discretionary one, whose authority is constricted to what the state compels of him. The famed scholar Joseph Story himself, as cited by the Supreme Court, referred to the electors as historically treated as “agents” of the state, not independent actors, and faithless electors as “dangerous.” (Story wished it were otherwise, but did not let his wishes blind him to the law as it was). Effectively, a state could choose to empower electors, or strip them of any discretionary power, as they saw fit.

Either way, that is a right of the state, not the elector. Supreme Court precedent, legal history, and basic principles of both democracy and agency dictate as much. Those encouraging electors to act outside their authority, nullify their own vote, make perjurers of themselves (for those who signed under oath their pledge of support to their party nominee), and violate the basic precepts of democracy serve neither the law nor democracy. Those electors who even think of such an unlawful coup risk far more.

Robert Barnes is a California -based attorney whose practice focuses on tax defense and First Amendment law,