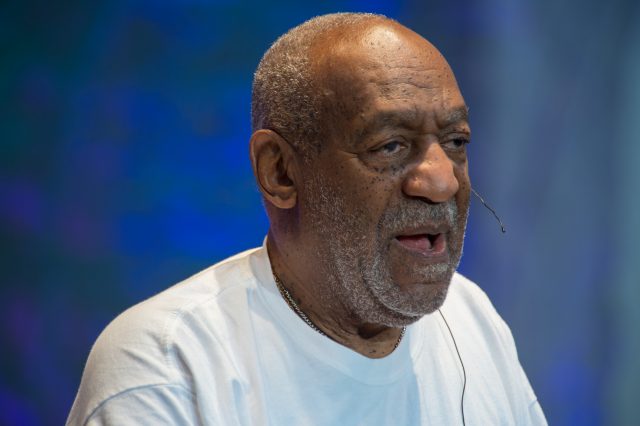 PHILADELPHIA (AP) — The Latest on the pretrial ruling in the Bill Cosby sex-assault case (all times local):

Lawyer Gloria Allred says she appreciates a court ruling Friday that lets one of her clients testify against Bill Cosby at his sex assault trial, though she wishes more of the accusers could join her.

The Allred client says Cosby drugged and molested her at a Los Angeles hotel in 1996 when she a 29-year-old assistant to the comedian’s late agent.

The woman allowed to testify has spoken to the press but does not want her name used in public.

She says she took a white pill from Cosby only after he insisted several times.

The prosecutor in Bill Cosby’s sex assault case says a ruling Friday will let him show that Cosby had a “scheme” to drug and molest women, even if only one of 13 other accusers can testify.

The court ruling denies prosecutors the chance to call 12 other women they hoped would bolster the testimony of accuser Andrea Constand. The decision is a major victory for the defense and could shave weeks off the scheduled June trial.

District Attorney Kevin Steele says the court ruling Friday shows the judge found the other accuser’s account “relevant.” The woman says she knew Cosby through the William Morris Agency and was drugged and sexually assaulted by him at a hotel bungalow in Los Angeles in 1996.

Cosby is accused of drugging and molesting Constand at his estate near Philadelphia in 2004. Prosecutors reopened the case in 2015 as dozens of other accusers came forward and Cosby’s damaging deposition from her civil lawsuit was unsealed. He has pleaded not guilty.

A ruling Friday that only one other accuser can testify at Bill Cosby’s Pennsylvania sex assault trial means Cosby probably can’t appeal on that issue should he be convicted.

Prosecutors had asked that 13 other women be allowed to testify at the June trial to suggest Cosby had a 50-year history of drugging and molesting women.

But the suburban Philadelphia judge says only one can take the stand: a woman who says she was attacked by Cosby at a Los Angeles hotel in 1996, eight years before Cosby’s 2004 encounter with trial accuser Andrea Constand.

And Philadelphia defense lawyer William Brennan calls the ruling “the best of times and the worst of times” for Cosby. He says even though the jury might hear from two accusers, Cosby’s appeals are limited if “things don’t go his way.”

A judge will let only one other accuser testify at Bill Cosby’s sexual assault trial to support charges the comedian drugged and molested a woman at his estate near Philadelphia.

The judge’s ruling Friday means that prosecutors cannot call 12 other women as “prior bad act” witnesses.

The 79-year-old comedian is set to go on trial in June over the 2005 complaint by former Temple University employee Andrea Constand.

Prosecutors reopened the case in 2015 after newly released court documents showed Cosby admitting he gave drugs and alcohol to young women before sex over a 50-year period.

Prosecutors had asked the judge to allow 13 other accusers to testify. The defense objected, saying the string of old “casting couch” claims aren’t part of “signature” behavior.

The one witness who can testify says she was assaulted by him in 1996.