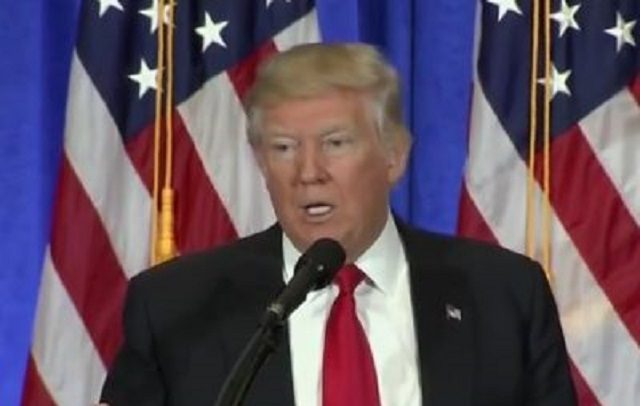 Former Donald Trump campaign officials haven’t exactly been bashful about cashing in on their ties to the President in the lobbying sphere. Take Corey Lewandowski, Trump’s former campaign manager. Shortly after the election, he cofounded a lobbying and consulting firm, Avenue Strategies, boasting to domestic and foreign clients of his administration ties. He left the firm in early May, after news outlets reported he failed to register as a lobbyist even as he was pitching face time with the President to clients.

Now, another name on the Trump campaign’s payroll, Healy Baumgardner-Nardone, who was a communications adviser and spokeswoman, will be representing a foreign client, the government of Malaysia.

According to a Department of Justice filing, 45 Group, a project under Baumgardner’s firm, Mona Lisa Communications, will represent the government of Malaysia with “government relations and public relations services.” (Yeah, we know that didn’t clear anything up.)

CRP’s Foreign Lobby Watch shows the only other Malaysian activity in 2017 coming from an “export promotion agency” pushing Malaysian rubber for car parts. But the nation has had an image problem, what with questions about its human rights record and corruption scandals. Two large firms, APCO and Quinn Gillespie & Associates (the latter of which has disbanded) have represented Malaysia in the past to “promote positive U.S./Malaysia relations” and create public relations strategies.

Many of Trump’s big policy pushes impact the small southeast Asian nation. Malaysia was one of the 12 nations included in the Trans-Pacific Partnership trade deal, which Trump withdrew from via executive order on his third day in office. And the president’s immigration order troubled politicians in Malaysia, where 60 percent of the population is Muslim.

Trump signed an additional executive order at the end of March aimed at punishing “trade cheaters,” requiring the Secretary of Commerce to publish a report next month that calls out countries with which the U.S. has significant trade deficits. Commerce Secretary Wilbur Ross singled out Malaysia as one of those, as well Japan, Taiwan, Indonesia, Canada and others.

Baumgardner’s group received $250,000 on May 9, which also included “business consulting services for activities that are not governed by FARA.”

Baumgardner worked for the Trump campaign from January to September 2016. She also held government posts in the George W. Bush administration, serving as the press secretary for the U.S. Department of Energy from 2008 to 2009 and as a press representative for the White House from 2002 to 2007. She also was deputy communications director for former N.Y. Mayor Rudy Giuliani’s 2008 presidential campaign.

While her social media profile highlights her work for Trump (she writes of being “one of the first national television surrogates” for the candidate), she quit in September, reportedly in a dispute about the campaign’s direction in Florida.
This is far from the first instance of former Trump campaign workers-turned-lobbyists drumming up foreign clients. Barry Bennett, who was a senior adviser to the campaign, co-founded Avenue Strategies and remained there after Lewandowski left; Avenue has inked contracts with the Northern Mariana Islands and the Venezuelan government-owned oil company CITGO, the latter of which is paying Avenue $25,000 per month. Sonoran Policy Group (SPG), which employs three former Trump staffers including Stuart Jolly, a national field director for the campaign, has managed to snag New Zealand, the Czech Republic and — just last week, immediately before Trump visited the country — the Saudi Interior Ministry. Brian Lanza, a deputy communications director for the campaign, is at Mercury, which this year has signed the Embassy of Qatar, the European Center for a Modern Ukraine, and the Japanese embassy.
Written by Ashley Balcerzak from Open Secrets and reprinted with permission by LawNewz.com. The original version of the story appeared here. Open Secrets is a non-partisan nonprofit organization which tracks money in U.S. politics.