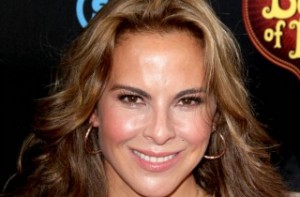 Kate del Castillo, the Mexican actress-producer who brought together Sean Penn and Joaquin El Chapo Guzman for their fateful meeting has come under suspicion for receiving and laundering some of the drug kingpin’s illicit funds.

Mexico’s Attorney General Arely Gómez González told El Universal that her office was investigating the del Castillo for possible money laundering, and remarked that while “there are indications, we need legal certainty.”

Gomez told El Universal that the investigation is ongoing and she could offer no specific details of del Castillo’s possible business dealings with El Chapo.

Del Castillo made her first public statement last week since the Rolling Stone interview. She recently took to Twitter saying she would be telling her side of the story soon.

Following his escape from prison last July, El Chapo was recaptured by Mexican marines on Jan. 8 after a dramatic gun battle. His interview with Penn was published in Rolling Stone one day later.

Sam Reisman is an editor with Mediaite.com, another Abrams Media website.