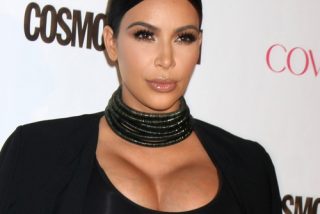 If you ever thought that U.S. Supreme Court Justices only read legal briefs and The National Law Journal, boy are you wrong!   Apparently, Justice Stephen Breyer has also been closely following the story of Kim Kardashian’s horrifying $10 million robbery. During Court on Tuesday, Breyer made mention of the news story in the midst of oral arguments in the case of a man convicted of attempted bank fraud. The public defender in that case, Koren Bell, insisted to the Justices that under the federal bank fraud law there is a requirement of intent to impose a financial loss on the bank itself. Justice Breyer didn’t agree.

Amy Howe at scotusblog.com explained what happened next:

But the justices were immediately skeptical of this argument. Justice Stephen Breyer (displaying an impressive knowledge of both pop culture and current events) asked Bell to address the plight of reality star Kim Kardashian, who was recently robbed of millions of dollars of jewelry in a Paris apartment. If all of Kardashian’s jewelry is insured (or, Breyer suggested, even over-insured), so that she won’t actually lose any money from the robbery, is it really theft? Or, Breyer continued, if a jewelry cleaner comes to Kardashian’s door and cons her into giving him the jewelry, and he believes it doesn’t belong to her but is instead on loan, isn’t that still fraud? Breyer clearly believed that the answer in both cases was yes.

In case you don’t believe us and want to see the actual transcript. Here you go:

Yes, Justice Breyer Did Talk At #SCOTUS Today About Kim Kardashian Being Robbed In Paris.

And you know you’ve made it as a Supreme Court Justice, if your comments are featured on TMZ. A dream of every justice.

Yup, this all happened.  Not your usual day covering the U.S. Supreme Court.