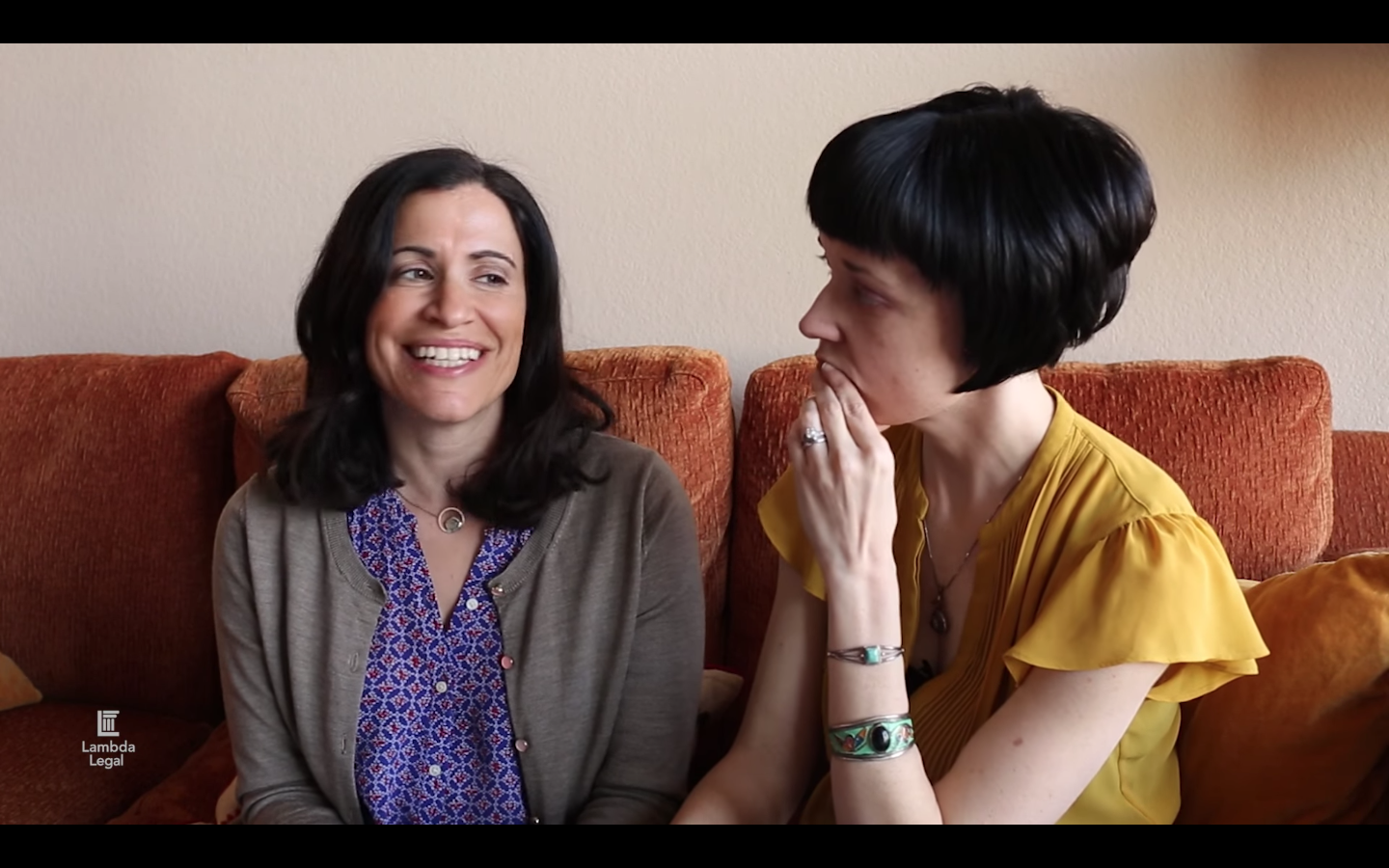 A lawsuit filed today against the Department of Health and Human Services (“HHS”) alleges the Trump administration acted in violation of the U.S. Constitution when a same-sex couple was denied the ability to serve as foster parents under a program funded by the federal government.

The complaint takes aim at the U.S. Conference of Catholic Bishops (“USCCB”), Trump’s HHS Director Alex Azar, as well as the HHS itself and various other federal agencies and officials affiliated with federal fostering programs.

In a press release announcing the lawsuit, Lambda Legal, a group which advocates for the rights of same-sex individuals, noted that “HHS funds the program that turned away Fatma Marouf and Bryn Esplin, a married same-sex couple, exclusively with taxpayer money. HHS funded USCCB [the Catholic Bishops] to perform federal child welfare services through its affiliates even though USCCB made clear that it would use the funds to deny such services to members of the public based on USCCB’s religious beliefs.”

Marouf had some familiarity with Catholic Charities Fort Worth (“CCFW”) through the law school’s immigration clinic and looked into two fostering programs administered by CCFW:  the Unaccompanied Refugee Minor (“URM”) Program and the Unaccompanied Alien Children (“UC”) Program.

“The couple sought more information from CCFW about their foster care programs and exchanged multiple e-mails with a CCFW employee about the next steps for bringing an unaccompanied refugee child into their home. In those e-mails, Bryn was identified as Fatma’s spouse. The couple was thrilled when CCFW scheduled an initial telephone interview for them with the Chair of the Executive Committee of CCFW’s Board of Directors, Donna Springer.”

Soon thereafter, however, Springer, of Catholic Charities, realized that Marouf and Esplin were same-sex spouses. That stopped the nascent plan in its tracks, and Springer allegedly began to proselytize to the couple. According to the lawsuit:

“Springer then told Fatma and Bryn that foster parents must “mirror the holy family.” To clarify whether their relationship would be an issue, Fatma explicitly stated that she and Bryn are a same-sex couple. Springer responded that they did not “qualify” to foster a child. Shocked by Springer’s response, Fatma then asked about lesbian, gay, bisexual, and transgender (“LGBT”) children in CCFW’s care, because LGBT youth may qualify for asylum. Springer responded that none of the approximately 700 children that CCFW serves is a member of the LGBT community.”

Marouf and Esplin then notified the U.S. Office of Refugee Resettlement (“ORR”) about the alleged discrimination. The ORR is the agency in charge of the two fostering programs at issue in the lawsuit. After requesting further information from Marouf (which was provided on March 1, 2017) and thanking Marouf and Esplin for their comments, the ORR ceased contact with the same-sex couple.

Marouf and Esplin claim the ORR failed to mitigate the allegedly unlawful discrimination and that all of the federal defendants were on notice as to the discriminatory nature of the programs administered by USCCB and its affiliates like CCFW. The lawsuit alleges:

“Religiously affiliated organizations are among the providers of federally funded care for children under the URM Program and the UC Program. Although the organizations that receive federal grants and cooperative agreements under these programs may be faith-based organizations, they may not use federal funds to proselytize or for other sectarian purposes, such as restricting access to federally funded child welfare services based on faith-based principles.”