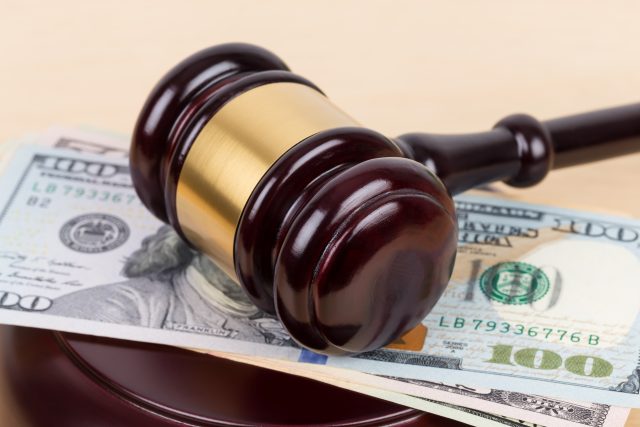 Now I’ve officially heard everything. 37-year-old Jose Lopez, a former Superior Court clerk in Orange County, California has claimed to be “addicted” to fixing traffic tickets. Yes, for real. Lopez pleaded guilty to taking $420,000 in bribes from defendants in the court in which he worked. Drivers who had received traffic tickets – some of whom were DUI defendants, would pay Lopez to dismiss charges against them or reduce their punishments by changing court computer records. This clerk was even accused of changing records to show that second-time DUI offenders had served mandatory jail time when they had not actually done so.

Lopez, aka “Primo,” wasn’t a one-man operation, either; he allegedly worked with 11 “recruiters,” who publicized the opportunity to fix tickets for cash. Lopez and cohorts were accused of interfering with 1,034 cases, and were indicted in federal court on 38 counts, including bribery, money laundering, and violations of the federal Racketeer Influenced and Corrupt Organizations (RICO) Act.  Lopez faced up to 30 years in prison and made the wise move to cop a plea. Before pleading guilty, though, Lopez tried one last attempt to “fix” a case – this time, to save himself. Prosecutors reported that before making a deal, Lopez and several of his co-defendants attempted to persuade witnesses to lie about the scheme when questioned by authorities.  When that didn’t work, Lopez knew that the only thing left was to throw himself on the mercy of the court.

After admitting his wrongdoing, Lopez wrote a letter to the court asking for leniency. Lopez, a father of seven, claimed that his life had fallen off track because he had a drinking problem. Alcohol, though, wasn’t the only thing to which he was apparently “addicted.” Lopez wrote:

“Fixing tickets became my drug. I was strongly addicted. The rush empowered me. It was the high that I never felt before, as if I were more powerful. While drinking with friends, I joked that I could do the job of a judge.”

U.S. District Judge Josephine Staton wasn’t having it. She had a different word for Lopez’ motivation – “greed.” Judge Staton noted that Lopez used the nearly half-million in bribe money to take vacations, buy a new BMW and invest in a Mexican restaurant. As she handed down Lopez’ 11-year sentence, she said that his years-long criminal activity was “not an aberration of his character,” but rather, “was his character.”