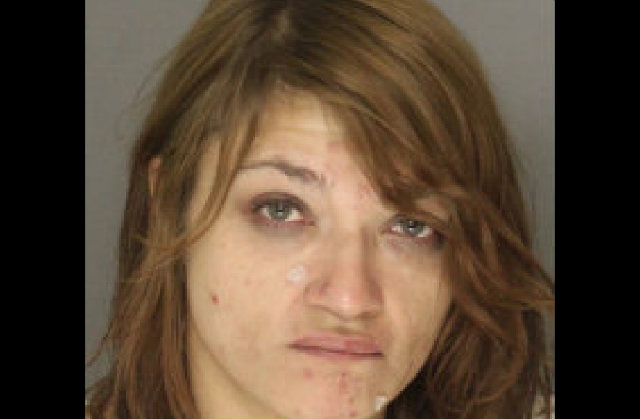 Lovers argue sometimes. Navigating disagreements is all part of being in a relationship. But then there’s this: a Pennsylvania woman lit her boyfriend on fire, and put it out with a bucket of urine, police said.

Cops told KDKA that the couple got into an argument late Saturday or early Sunday, leading to the incident. This allegedly happened in the basement of her parents’ home.

“Apparently, when this argument was over, the boyfriend went to sleep on the mattress,” Penn Hills Police Chief Howard Burton. “They lived in the basement, and for some reason, the young lady decided to dump gasoline on him and set him on fire.”

The victim launched himself out of bed, but Sepelyak put him out with a bucket of urine that they had been using as a toilet. (Why the bathroom situation? The couple didn’t want to bother Sepelyak’s parents by using the restroom upstairs, police said.) The boyfriend was hospitalized with burns to 25-30 percent of his body, cops said.

Sepelyak locked up at Allegheny County Jail on Monday, and put up bail the day after. She is scheduled for a preliminary hearing for July 17. LawNewz.com could not reach her comment, but it seems like a defense is taking shape.

A woman who identified herself as Sepelyak’s mother told KDKA that the boyfriend fell asleep with a cigarette. Also, the outlet got an email from someone who identified themselves as the man himself, Grady Spencer. It was all a misunderstanding: He accidentally spilled gas on himself, then lit a cigarette.

“I was tinkering with a weed wacker on my bed drunk as a skunk,” the message reportedly read. “I gassed it up, spilled it on myself… lit a cig, layed back on bed and I went up in flames… if she didn’t put it out it would have been worse.”

TribLive managed to get a one-on-one interview with Spencer on Tuesday at the hospital. He is defending his girlfriend on the record, and said her arrest was based on a misunderstanding.